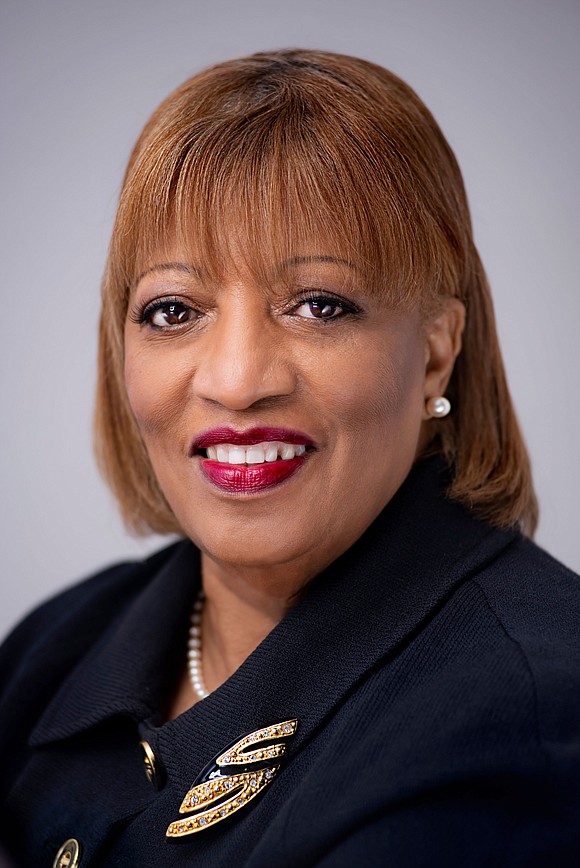 The CUNY Board of Trustees today voted to appoint Dr. Patricia Ramsey, an innovative educator with extensive experience as a leader at Historically Black Colleges and Universities (HBCUs), as the sixth president of Medgar Evers College in Brooklyn. The CUNY senior college, a Predominantly Black Institution and an Emerging Hispanic-Serving Institution, was created in response to community advocacy in 1970 and named for the iconic civil rights leader slain seven years earlier.

Dr. Ramsey, whose appointment is effective May 1, will be the first woman to serve as the president of Medgar Evers College. A biologist by training, she comes to CUNY from the Thurgood Marshall College Fund in Washington, D.C., where she spent the past year as a senior executive fellow. She previously served as provost and vice president for academic affairs at Lincoln University in Pennsylvania, the oldest degree granting HBCU in the nation. She began her career as a biology professor and brings more than three decades of wide-ranging experience as an educator, scientist, scholar and student-focused leader at universities in Maryland, Virginia and North Carolina.

“My family and I applaud the appointment of Dr. Patricia Ramsey as the new president of Medgar Evers College,” said Myrlie Evers-Williams, the widow of the slain civil rights leader Medgar Wiley Evers. “My daughter Reena Evers-Everette was honored to have been a member of the presidential search committee, which was totally committed to bringing the best to Medgar Evers College. Dr. Ramsey is a passionate, courageous and innovative educator with a well-established track record of inspiring students, faculty and administration at Historically Black Colleges and Universities. Dr. Ramsey is committed to creating an environment in which students know they are valued for their pursuit of excellence in their educational endeavors, and where their success is understood to be inextricably linked to that of the community. Our family is very grateful to the MEC family, community and CUNY for their dedication to this new beginning, which will truly honor the life and legacy of Medgar Wiley Evers and brings a promising new future to the college that was named for him.”

“In Patricia Ramsey we have found an educator with the vision, passion and experience needed to lead a college with the unique history of Medgar Evers and the broad mission of CUNY,” said Chairperson William C. Thompson Jr. “I have no doubt that the Brooklyn community, which brought MEC to life 50 years ago and cares so deeply about it, will find her to be the right person at the right time.”

“Medgar Evers College has a legacy that demands a leader with the sense of purpose and commitment to students that Patricia Ramsey has demonstrated throughout her three-decade career,” said Chancellor Félix V. Matos Rodríguez. “She is both perfectly suited and well-prepared for the challenges and the opportunities ahead, and I am delighted to welcome her to CUNY.”

Dr. Ramsey began higher education administration as a deputy fundraising officer at Norfolk State University and transitioned to academic administration as vice president for academic affairs at North Carolina’s Shaw University, a post followed by a 12-year tenure at Bowie State University in Maryland. There, she served as provost and vice president for academic affairs, as well as interim president, before returning to full-time teaching and chairing the Department of Natural Sciences.

In her many teaching and leadership roles, Dr. Ramsey gained a reputation for her personal approach to students’ success, distinguished by the creation of platforms and strategies that encouraged them to be active participants in academic advancement initiatives. At Bowie State, she started weekly “Chat with the Provost” sessions that became a valuable incubator of student-originated ideas that were later adopted by the university. Dr. Ramsey has also played major roles in diversity, equity and inclusion initiatives. At Lincoln University, she oversaw a new office of equity and inclusion that advanced recruitment efforts, and under her leadership the university increased the number of women faculty across five academic departments, in disciplines where females are traditionally underrepresented. Dr. Ramsey provided oversight for Bowie State’s graduate programs on the military base in Heidelberg, Germany, where she won front-page headlines in the military news for allowing a 5-year-old child of military personnel to stand-in for deployed soldiers and receive their master’s degrees during commencement. She has forged educational partnerships with universities in two countries in West Africa and served as a tertiary education adviser to the first female president of Liberia.

Dr. Ramsey is also regarded as an experienced strategist and skilled fund-raiser; she has extensive experience as an accreditation evaluator and has been a board member of numerous educational, civic and social service organizations.

“I am honored and humbled to have been selected as the sixth president of Medgar Evers College,” said Dr. Ramsey. “As the first woman appointed to serve as president of the college, I stand on the shoulders of Ms. Ella Sease, Ms. Shirley Chisholm and the other members of the central Brooklyn community who were relentless in their pursuit of a college being established in their community. Medgar Evers College is the result of that pursuit. During these times of heightened awareness of social justice issues, I have the unique opportunity to lead Medgar Evers College, an institution with social justice in its DNA. It is my firm belief that if we work together, we can move Medgar Evers College to a new level of excellence. Thanks to the search committee, Chairperson Thompson, the CUNY Board of Trustees, and Chancellor Matos Rodríguez for your confidence in me.”

Medgar Evers College, the youngest of CUNY’s 11 four-year senior colleges, was established in 1970 following several years of community-driven advocacy for a public college in central Brooklyn. The college was dedicated to “the growing educational, economic, cultural and social foundations of the central Brooklyn community” and named for the civil rights leader who was murdered in Mississippi in 1963. From its inception, the college was uniquely bonded with its community, whose leaders not only were responsible for its creation but took an active role in its planning and the selection of its first president. The Bedford-Stuyvesant community has remained an important force in the life of the college through the years, and the family of Medgar Evers has maintained an active interest in its students and their success.

The college celebrated its 50th anniversary in 2020, and Governor Cuomo announced last summer that its name was added to the Franklin Avenue-Medgar Evers College and President Street-Medgar Evers College subway stations. The renaming came thanks to the legislative efforts of state Sen. Zellnor Myrie and Assemblymember Diana Richardson, a MEC alumna. In November, CUNY and MEC leaders joined officials from New York City’s Department of Education and the New York City School Construction Authority to announce the beginning of work on a 681-seat school building for the Medgar Evers College Preparatory School. The five-story building, which will also include a competition-sized gymnasium with locker rooms for high school use and 50,000 square feet of space to be used by CUNY, is slated for occupancy for the start of the 2025 school year.

The nationwide search for a president was coordinated by a 13-person committee of administrators, faculty, alumni and students and included Mrs. Reena Evers-Everette, the daughter of Medgar Evers and CUNY Chairperson Thompson. It was assisted by the search firm Isaacson, Miller. In a recent letter to the Medgar Evers community, Chancellor Matos Rodríguez announced the creation of a working group to support the transition of leadership to the incoming college president. The working group will be led by Senior Vice Chancellor for Institutional Affairs, Strategic Advancement and Special Counsel Glenda Grace. “I am more committed than ever to building on the indelible legacy of civil rights icon Medgar Evers,” the chancellor wrote, pledging to “do all we can to fortify and strengthen MEC for the college’s next 50 years.”

Dr. Ramsey is the 10th CUNY college president named by Chancellor Matos Rodríguez since he began his tenure in May 2019, joining a distinguished, diverse and growing group of new leaders that includes seven people of color and four women. She will succeed Dr. Rudolph F. Crew, who served as president of Medgar Evers since 2013 before becoming a senior fellow at the CUNY Institute for State and Local Governance last month. Dr. Denise B. Maybank, CUNY’s interim vice chancellor for student affairs and enrollment management, is serving as the college’s interim president until Dr. Ramsey assumes her post.

The City University of New York is the nation’s largest urban public university, a transformative engine of social mobility that is a critical component of the lifeblood of New York City. Founded in 1847 as the nation’s first free public institution of higher education, CUNY today has seven community colleges, 11 senior colleges and seven graduate or professional institutions spread across New York City’s five boroughs, serving 500,000 students of all ages and awarding 55,000 degrees each year. CUNY’s mix of quality and affordability propels almost six times as many low-income students into the middle class and beyond as all the Ivy League colleges combined. More than 80% of the University’s graduates stay in New York, contributing to all aspects of the city’s economic, civic and cultural life and diversifying the city’s workforce in every sector. CUNY’s graduates and faculty have received many prestigious honors, including 13 Nobel Prizes and 26 MacArthur “Genius” Grants. The University’s historic mission continues to this day: provide a first-rate public education to all students, regardless of means or background.