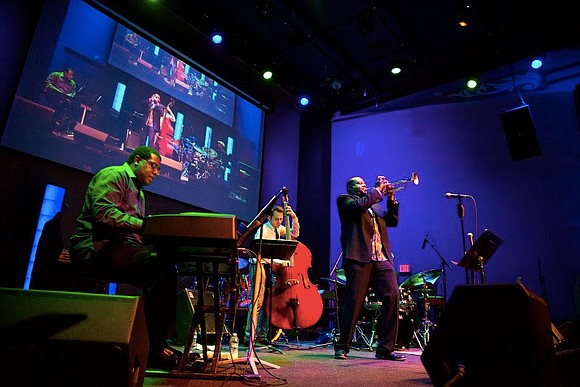 Some cities are hotspots for jazz. For sure jazz giants such as New Orleans, New York and Chicago come to mind. But that’s not to say you can’t soothe your soul in the way that only jazz can do elsewhere. Here are some of the cities where you can do just that.

There’s a vibrant jazz scene in Richmond. It’s home to the Virginia Commonwealth University’s jazz program and jazz lovers can find live shows most nights of the week. The Virginia Museum of Fine Arts hosts its Jazz Café series every Thursday. Numerous live music venues in Richmond regularly host jazz artists including The Camel, The Tin Pan, The Answer Brewpub, Barrel Thief Wine Shop and The Dark Room at the Hof Garden. Then there’s the Richmond Jazz Festival and the 2nd Street Festival, which celebrate the history of Richmond’s Jackson Ward neighborhood, which has deep roots in jazz and where you’ll find a statue of Bill “Bojangles” Robinson and the Hippodrome Theater. It was built in 1914 as a vaudeville and movie theater and later became the “it” spot for greats such as Ella Fitzgerald, Louis Armstrong, Bill “Bojangles” Robinson, Duke Ellington and Cab Calloway. This historic neighborhood was the center of African American commerce and entertainment in the early 1900s and nicknamed “Harlem of the South.” The theater was restored and hosts jazz events. The Richmond Jazz Society’s programs include the Guest Educators performance series, outreach programs to young audiences, music therapy programs, the Jazz Preservation Initiative and the Joseph J. Kennedy Jr. Jazz Scholarship Award.

From concerts to cocktail lounges, big bands to Grammy-nominated headliners, there are plenty of ways to experience the sounds of jazz in Columbia. Take for example, the 75-seat Chayz Lounge in West Columbia that hosts renowned artists or The Joint @ 1710 Main on Main Street, which was modeled after 1940s jazz halls that were prevalent in the heartlands of the U.S. and welcomed top local, regional and national talent. Where else can you get your jazz on? The Koger Center for the Arts, Pearlz Upstairz Lounge, The Aristocrat, Lula Drake Wine Parlor, Za’s on Devine, Halls Chophouse, Hotel Trundle and others host weekly or monthly jazz nights. In April, a new outdoor Jazz & A Movie series is set to launch each Thursday night in April at Market on Main. Each week there’s a different movie with prominent jazz scores playing on mute on the big screen while a live jazz band performs the songs on stage. The movie lineup includes “La La Land,” “The Jungle Book,” “Thomas Crown Affair,” “Anatomy of a Murder” and “Mo’ Better Blues.” ColaJazz, a local non-profit foundation, aims to be the driving beat in jazz education, performance and outreach, and provides opportunities for all in the jazz community, from the musician to the student to the audience. It’s all about cultural enrichment, be it summer camps, music series, the annual ColaJazz Festival and more. Pre-COVID, Columbia typically had 12-18 jazz events a week.

Yes, there is something in Buffalo beyond the NFL’s Bills. The city is home to the Colored Musicians Club, one of the oldest and last venues of its kind in the United States. The club, which dates back to 1935, traces its origins to an African American musicians’ union that organized in the face of segregation a century ago. While that union merged and integrated in the 1960s, the club remains as a powerful reminder of the city’s jazz legacy. Today you can still enjoy music in the same upstairs club with the original wooden bar where icons such as Dizzy Gillespie, Miles Davis and John Coltrane all jammed back in the day. And a downstairs museum recalls some of the club's members who built prolific jazz careers, such as Grover Washington Jr. The club is observing state-mandated COVID-19 restrictions on music venues and using this time to undergo an expansion and will resume live music by year end. When things fully open up again you can also catch jazz at the Pausa Art House and Nietzsche.

Jazz is a part of the culture in Norfolk. This summer will mark the 38th annual Norfolk Waterfront Jazz Festival with names such as Ronnie Laws, Norman Connors, David Sanborn, Jean Carne, among others. The Attucks Theater was known as the “Apollo Theater of the South” when it opened in 1919. The historic venue hosted legends such as Duke Ellington, Cab Calloway and Ella Fitzgerald throughout the years, as well as more recent alumni such as Wynton Marsalis and Lisa Simone. Every year as part of the Virginia Arts Festival, the upstairs space at the theater is transformed into the intimate Attucks Jazz Club. The newest addition to the Norfolk jazz scene is Brothers Restaurant founded by longtime NBA referee Tony Brothers. The restaurant opened in January and will double as a jazz club when it can open to full capacity.

This college town is a hub for jazz. Here you’ll find several groups dedicated to preserving and promoting the spirit of jazz music, including the Greater Madison Jazz Consortium and Madison Jazz Society. Café Coda is the city’s premier new jazz club and is owned by legendary musician Hanah Jon Taylor. It offers performances, workshops and masterclasses. Madison also offers a number of free opportunities to experience jazz. Jazz at Five is a public concert, held on Wednesday evenings in the heart of downtown. On the other side of the isthmus, Dane Dances! takes place on the rooftop of the Frank Lloyd Wright-designed Monona Terrace. Dane Dances! features diverse musical acts, including jazz. Local printmaking studio Tandem Press hosts a Friday Jazz Series featuring performers from the University of Wisconsin-Madison Mead Witter School of Music. The studio also makes past performances available online and has switched to virtual performances during the pandemic. Some of Madison’s most well-known local jazz performers are Ladies Must Swing, an all-women group known for their big band music, and Harmonious Wail, a trio specializing in Americana-infused jazz.

The Oklahoma Jazz Hall of Fame is in the historic Tulsa Union Depot and is the state’s only facility devoted to gospel, jazz and blues musicians with Oklahoma ties. The on-site music library holds video, audio and photographic materials about featured artists. Photographs of Dizzy Gillespie, Ella Fitzgerald, J.J. Cale and Duke Ellington line the walls and an art gallery completes the museum with sculptures depicting musical themes and performers. The Oklahoma Jazz Hall of Fame chronicles the history, evolution and influence of jazz in Oklahoma. Part museum, performance hall and educational facility, the Jazz Hall of Fame’s mission is to create unity through music. Through its ongoing concerts, classes and cultural events, the Oklahoma Jazz Hall of Fame is raising a new awareness and appreciation of jazz. Then there’s Duet Jazz, the city’s only traditional jazz club and bar. If it’s Monday and you’re in the mood for jazz, head to Hodges Bend for their Monday evening jazz night. The non-profit Tulsa Jazz provides live entertainment for a variety of events.

Rochester hosts the CHI International Jazz Festival on the campus of the Rochester Institute of Technology each summer. In the past, headliners have included George Benson, Patti LaBelle and more. Around town get your jazz fix at venues like 75 Stutson Street, Abilene Bar & Lounge, Lemoncello Italian Restaurant & Bar and The Little Café.