Mary Elizabeth Bowser, a spy during the Civil War 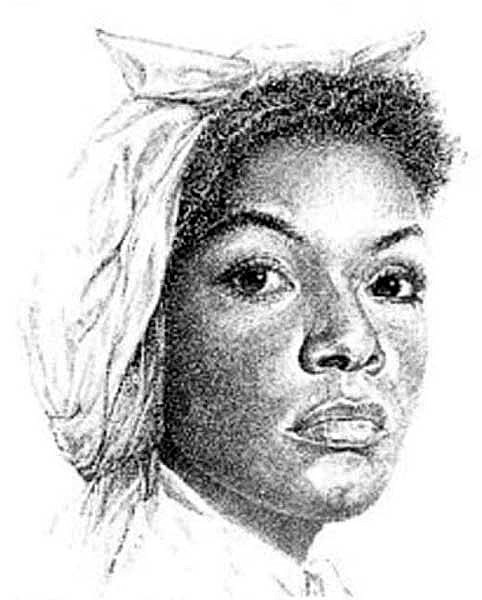 “When she was around 18 years old,” author Tonya Bolden began in her profile of Mary Elizabeth Bowser, “she was freed upon death of her owner, John Van Lew, whose plantation was just outside Richmond, Virginia (and on whose property the banking pioneer, Maggie Lena Walker, was born).”

In this one sentence, Bolden, whose book African-American Women—150 Crusaders, Creators, and Uplifters, dispenses a load of history and, as my readers know, has been over the years indispensable to this column. Bowser was born in bondage somewhere around 1839, though the details of her life, even for a deep dive researcher such as Bolden, are few. More could have been known if members of her family had not inadvertently discarded her diaries in the 1950s. As Bolden has noted, she was freed upon her owner’s death, but an exact date of the liberation is unknown. Anyway by the 1850s she had been emancipated and on her way to becoming an active participant in the abolitionist movement, an endeavor that was facilitated by Van Lew’s wife and daughter, both named Elizabeth.

Apparently the master-servant relationship Bowser had with the Van Lew family was reasonably cordial because when she returned from Philadelphia after a brief break from the South she resumed working for them, and some commentators believe she was compensated.

An article by Thad Morgan for the History Channel noted that Bowser was sent to Liberia by Van Lew in 1855. She stayed there for five unhappy years before coming back to America where she was promptly arrested. There was a law that prohibited Black Virginians who had lived in a free state or gotten an education from returning. She spent 10 days in jail before Van Lew paid her bail, Morgan wrote. In 1861, she married Wilson Bowser, who was a servant in the Van Lew household, and took one of several names she would have especially after being arrested.

Even before the outbreak of the Civil War, Elizabeth Van Lew, a staunch abolitionist, was dispatching information to Union officials about political activities in the South, and even more so as the war became more imminent. Under the guise of lunacy, Elizabeth conducted acts of sabotage, Bolden wrote, “and how she was tagged with the name Crazy Bet.” And one of her services to the Union was espionage and Bowser became one of her most formidable operatives, including being placed as a servant in the Confederate White House in Richmond. “Pretending to be docile and somewhat of nitwit, Bowser eavesdropped on the president of the Confederacy, Jefferson Davis, and others while she cleaned and served, and sneak-peeked at correspondence and other rebel documents.”

To this extent she was a resourceful spy, and passed on what she had discovered to Crazy Bet, reciting all the documents she had memorized. The Confederate leaders, assuming Bowser was just a dumb and unaware servant, openly discussed their military plans, all of which was fodder for the two women.

Some of the information they compiled was beneficial in various battles, none more significant than the fall of Richmond. In their book and documentary on the Civil War, the Burns brothers, Ric and Ken, along with Geoffrey Ward cite the heroic deeds of Van Lew without indicating the importance of Bowser as a spy in the enemy camp. They do mention the servants around Davis who supplied Van Lew with detailed battle plans by the Confederates.

If writer Thad Morgan is right about Bowser, she began relating her exploits soon after the Civil War was over, using her maiden name, Mary Jane Richards, and teaching former slaves in the area. “In 1865,” he wrote, “she traveled throughout the country, giving lectures about her experiences at war under the name Richmonia Richards.” One of lectures received a public notice in The New York Times, stating that “Miss Richmonia Richards, recently from Richmond, where she has been engaged in organizing schools for the freedmen, and has also been connected with the Secret Service of our government, will give a description of her adventures, on Monday evening at the Abyssinian Baptist Church, Waverley Place, new Sixth Avenue.”

Morgan said that Richards was “a former double agent,” and that her speeches often contradicted on another, leaving historians baffled. According to Morgan, she possessed a sarcastic and humorous speaking style and “as Richards traveled the country, record of her whereabouts begin to fade, in true spy fashion. She was last seen meeting abolitionist Harriet Beecher Stowe in Georgia in 1867, sharing the riveting story of her life as a spy yet again.”

Like so much about Bowser’s life, and her exploits during the war were destroyed by the government in order to conceal her identity, much of it remains obscure. Not even the date of her death is known. She then is emblematic of the often unheralded individuals we highlight each week in this column.

A lively discussion has recently been in the news about Bowser, and author Lois Leveen has written a novel based on her life, which has been optioned as a possible film. In an article by Leveen she contests the accuracy of another account of Bowser’s life and an accompanying photograph. Obviously, more digging is necessary if we are to learn the actual details of his significant woman.