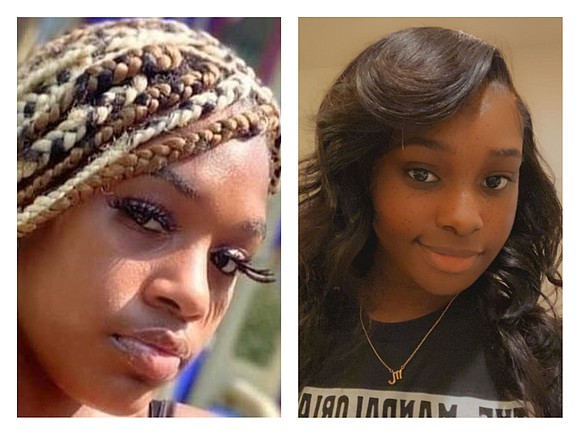 On Thursday, Erie County District Attorney John Flynn reported that Saniyaa Dennis is presumed dead by suicide. Her body has not been recovered. Law enforcement officials say Dennis got into an argument with her ex-boyfriend, who has not been named a suspect, on Saturday, April 24. During the text conversation with her ex-boyfriend, officials say she discussed suicide. Dennis' family is challenging the DA's findings. In a statement, the family says enough wasn't done to find Dennis and believes foul play is involved. They are also raising questions about the validity of the text messages found on her phone. "Upon careful review and consideration of the allegations presented by District Attorney Flynn regarding the issues surrounding the disappearance of Saniyya Dennis, we respectfully disagree with his presentation and were shocked by his assertion that he shared information with our family regarding her disappearance and his findings of suicide," the family said. The AmNews will have further details in this Thursday's edition.

According to the Center for Missing and Exploited Children, there are currently more than 50 Black girls missing from New York and New Jersey with nearly 20 going missing in the first few months of this year.

Two recent cases making headlines include the disappearance of 19-year-old Buffalo State College student Saniyya Dennis from the Bronx and 15-year-old Sanaa Amenhotep, who was killed in South Carolina and missing for three weeks. Amenhotep is the daughter of well-known Newark activist Sharif Amenhotep.

Dennis went missing April 24 when she left her college dorm. Due to COVID-19, she does not have any roommates in her dorm room. Dennis’ family says she has not been in contact with them since then nor has there been any activity on her debit card since she’s gone missing. Police say her cell phone last pinged on April 25 in Niagara Falls near Goat Island.

“She communicates as much as she can,” Saniyya’s sister, Keyora Dennis, said during a press conference Friday. “And when she comes to visit my mother in the city or comes to visit our family, she lets her know when she’s running late. [Saniyya] lets her know who she is going to be with or what time she expects to be home.”

Calvin Byrd, Dennis’ father, has been searching for her on foot at Niagara Falls State Park. Byrd is known as “40 Cal,” a former rapper from the group Dipset. He said his daughter is an honor student in college and he is “baffled” by what’s going on.

“We combed the whole park, even places where she was nowhere near, putting up flyers,” Byrd said to local media last Saturday. “The dogs came out yesterday, and today they had the helicopter for the search.”

Dennis’ mother Latisha said that it’s not like her daughter to leave for an extended period and not tell her.

“She often shared things with me that she was doing, so I have no idea where she was going,” Latisha said. “It was reported that she hadn’t shown up to work, and she didn’t show up to class, and she’s not like that. She’s very studious.”

The family is offering a $10,000 reward for Saniyya’s safe return. University police and law enforcement from Buffalo, the City of Niagara Falls and the U.S. Secret Service are joining the effort.

In a tragic incident of a missing teen, 15-year-old Sanaa Amenhotep was laid to rest this week after being missing for three weeks in South Carolina. The teen reportedly was abducted April 5 after leaving her home in Columbia, S.C. with three people that she knew, two minors and an 18-year-old.

Amenhotep’s body was found shot 11 times in a wooded area in a shallow grave near a dirt road. Treveon Nelson and the two minors that picked up the high school student were arrested and charged with murder, kidnapping, criminal conspiracy, and possession of a weapon during a violent crime.

“In terms of an investigation, there was no investigation,” said Sanaa’s father, Sharif Malik Amenhotep. “We declared an abduction from the onset and they still did not respond as such. I know the difference between someone missing and someone abducted. Resources are totally different. The response, urgency is totally different.”

The Richland County Sheriff’s Department, who investigated Amenhotep’s abduction, announced it was not speaking to the media beyond press conferences about the case.

There was a memorial service in South Carolina Monday, May 3, 2021.

Sharif Malik Amenhotep said, “Thank you family and friends for all of the calls, prayers, tears, donations, and support…there will be a Memorial Service in Newark, New Jersey on Thursday May 6, 2021 at 5 p.m. at Weequahic High School.”

Family spokesperson Keesha Eure said that there was a community alert: “Brother Sharif is heartbroken and coping the best way he can. We went to the airport to pick up Sanaa from the airport today and entrusted the body to Cottons. Thursday they will have a private burial at 10:30 a.m. at a cemetery. And at 5 p.m.-7 p.m. there will be a memorial at Weequahic High School open to everyone. Friday there will be a day of healing block party on Branford by Sharif stand from 5 p.m.-8 p.m.”

Missing Black children continue to be under reported.

“Mayor Ras Baraka was instrumental in getting the police to move on the case,” stated Divine Allah, youth minister of the New Black Panther Party. “They were not taking this seriously until he got involved and emphasized the importance of finding this young sister.”

In 2020, with around-the-clock news coverage of the COVID-19 pandemic and presidential election, news about missing children was buried even more. However, a major factor is coming into play in children disappearing.

In an interview, Natalie Wilson, co-founder of the Black & Missing Foundation, said youth are spending an increasing amount of time online as a majority of children began virtual learning due to COVID-19. With many children and teens receiving devices like Chromebooks and tablets, they’re using social media more and talking to strangers online.

A survey by Norton LifeLock revealed that nearly 70% of parents said their child’s screen time has heightened during the pandemic, while 60% of parents are concerned they don’t have enough time to keep track of what their child is doing online.

“We’re seeing more and more young girls and boys lured into sex trafficking or meeting someone online,” Wilson said. “These predators know how to navigate social media and they’re interacting with our children. Sadly, we’re seeing an uptick in kids who are going missing.”

In March, a 57-year-old Bronx man was indicted for sex trafficking young girls throughout the city. He used social media to entice 12- to 16-year-old victims to his apartment. He sexually abused his victims and trafficked children for prostitution to other men. The NYPD performed an undercover operation to capture the man.

In December 2020, nine gang members in the Bronx were indicted for sex trafficking and promoting prostitution. The gang members used social media to lure victims, preying on teens and young women.

There are several cases of teens being lured by adults online posing as teens with social media accounts. Youth are often groomed and enticed socially or romantically and will meet the person they think they’ve been talking to in person.

In a statement to the AmNews, Facebook said human trafficking and child exploitation are not permitted on its platform, which includes photo and video sharing social networking service Instagram. The company added that it has procedures in place to help prevent crimes against minors.

“We use technology to thwart this kind of abuse and we encourage people to use the reporting links found across our site so that our team of experts can review the content swiftly,” a spokesperson for the company said. “Facebook also works closely with safety groups, anti-trafficking organizations and other technology companies, and we report all apparent instances of child sexual exploitation to the National Center for Missing and Exploited Children.”

Wilson said aside from social media apps like Facebook, Instagram, TikTok and Snapchat, kids are also being contacted by strangers on gaming platforms like Fortnite. She says parents should be on alert about what kids and teens are doing in virtual spaces.

Wilson says the best way to monitor a child’s activity online is to have a computer or laptop in an open area as opposed to a child’s bedroom. She also advises parents to create a fictitious social media account to befriend their child to see if they will share private information. Wilson said if information is shared, have a conversation about online safety.