Wiley for the Win! 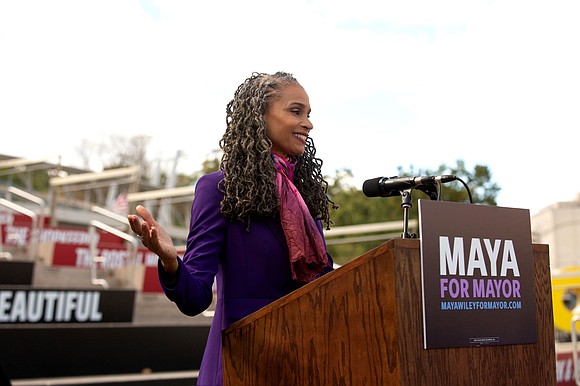 Maya Wiley is our choice for mayor of New York City. Not only is she the only African American woman in the race, Maya is also the one who most impressed our board members. She was particularly cogent with a level-headed, clear-eyed view on police reform, structural racism, public safety, displacement and gentrification, education, and a “new deal for New York that will create 100,000 new jobs for New Yorkers,” she said.

Members of the board are well aware that this is Maya’s first bid for public office, but they believe she possesses a fresh perspective and vision so vital to the city’s recovery, especially in the wake of the relentless coronavirus pandemic. During the 20-minute interview, Maya stressed the importance of transforming policing and the steps necessary to ensure safe communities. She is a highly regarded civil rights lawyer, a former counsel to Mayor de Blasio, and at one time oversaw the city’s Civilian Complaint Review Board; we have no reservations about her ability to navigate the often turbulent bureaucratic terrain of New York City. “Yes, I am tired,” she told the board, “but I am excited” and ready “to rebuild our city so we can all live here in dignity.”

Of special resonance to the board was her plan on policing, and there was unanimity among them about her ideas of balancing a progressive blueprint for police reform with the desperate need to stem violence and crime prevention. We know that will not be an easy task, but with her imaginative leadership we think some decisive headway on these perplexing issues can be achieved.

There was a collective nod from the board members when she spoke so passionately about affordable housing, reducing gun violence, empowering small businesses, and a plan to end the scourge of evictions. Though she is quite capable of heavy intellectual discourse—and viewers caught elements of that during her appearances as a news analyst on MSNBC—she intuitively knows how to break down complex problems and make them comprehensible. Members seemed enthralled by her discussion on climate change, community care, and a vibrant school system. Some of the board members are old enough to remember her father, George Wiley, an esteemed civil rights activist and a leader of the National Welfare Rights Organization in the sixties. He died in a boating accident in the Chesapeake Bay in 1973, but his legacy resounds with renewed conviction whenever Maya speaks truth to power.

Her spirited civic commitment is just another example that in the political realm the fruit never falls that far from the tree, and Maya’s roots are irrevocably deep and imbued with an undeniable integrity. Singing her praise is such an easy endeavor for us, and we can go on for pages elucidating on them and the potential she brings to removing the viruses that permeate our social, cultural, political and economic systems. We sincerely believe she can deliver on most of her promises, and we are ready to stand behind her with an unflinching resolve—yes, we have got your back, Maya.

Again, Wiley for the Win or Maya for Mayor has a pleasant ring, but there is much more to her than any poetic alliteration; her moxie during the debates, her calm insightful decorum, and her way of presenting a practical and realistic outlook are a few more things equally commendable. Yes, we are living and enduring some unique days and nights in the planet’s history, there’s no denying the terrible impact of COVID-19, nor the eruption of right wing hostility. But we have been blessed here in New York City with a number of very talented and enlightened candidates for mayor, and Maya, in our opinion, embodies the bulk of them, essentialities that she will need to lead us out of the morass of simmering mayhem and jubilantly ahead to a bright tomorrow.

Our endorsement conflates perfectly with one announced by Rep. Hakeem Jeffries, who stated that “Maya’s life experiences, if she can get out and tell that story, will be particularly compelling,” he told the outlet. “An African-American woman who lost her father at a very young age but rallied back from that adversity to follow in her father’s footsteps as a civil rights champion is a quintessential change candidate.”

With the new system of ranked choice voting now in place in New York City, every voter has the option to rank their candidates one - five. This process will eliminate the need for a runoff and ensure one candidate gets to the 50% threshold. After careful consideration the editorial board recommends the following rankings for mayor: 1. Maya Wiley, 2. Eric Adams, who has been a stalwart in confronting police brutality, a problem he understands as well as anyone being a former captain in the NYPD. 3. Ray McGuire is our third choice and we admire his life story and his rise from humble beginnings to become an indefatigable Black voice in the business world. 4. Kathryn Garcia has distinguished herself as a dedicated public servant and her record is unblemished. 5. Scott Stringer has delivered for his constituents consistently across the many offices he has held. 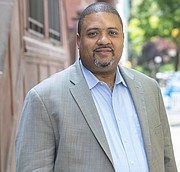 We are also extending our endorsement to Alvin Bragg as the next Manhattan district attorney. He brings to this important office a keen understanding of the law and how to conduct it fairly and without bias or prejudice. Along with a long tenure in this precinct of justice, Bragg told the board that he has a plan to pare down the ever increasing docket on the D.A. agenda. His list of endorsements runs the gamut from members of the Central Park Five to former Congressman Charles Rangel. He has the support of several powerful unions, including the UFT and 1199 SEIU, and his candidacy is bolstered by such notables as legendary entertainer and activist Harry Belafonte. During his interview with members of board he recalled his coming of age in Harlem, and those impressions have left an indelible imprint, one that reminds him of the need for social justice. His resume is consistent with this outlook exemplified during his service as executive deputy attorney general for social justice. In this capacity he won a number of significant settlements, and there is every indication that he will continue to deal with such issues as discriminatory redlining, tenant harassment, and unlawful business practices. So much more can be said about Alvin’s remarkable record as a public servant and our pages will chronicle those past and future achievements.

Endorsement announcements will continue next week.