Immigrants, we get the job done!

Fast facts to applying for DACA 2020

Based on an order by a United States District Court judge in Brooklyn, NY on Dec. 7

Another court battle was lost by Donald Trump and his administration late last week.

Anxious to weaken his party’s influence ahead of the next general elections.

5 immigration changes the Trump admin is ramming through

Donald Trump’s days in the White House are now thankfully numbered, but that’s not stopping his administration from ramming through several immigration policy changes that could create tremendous bottlenecks for the incoming Joe Biden administration and the first Caribbean-born nominated ... 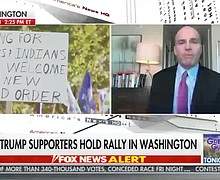 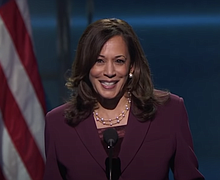 We are living in daunting times as Donald Trump gets ready to use his herd of Republican senators to push through a Supreme Court Justice for the third time. Screw the will of the majority––the herd mentality now rules!

The Court is on the side of immigrants and the census count; now the power is in their hands

The official count of every living person in the United States that will determine the next ten years of our lives, ends on September 30.

More than 5,000 immigrant detainees confirmed as having COVID-19

Almost a quarter of the number of immigrants currently in detention by the U.S. Immigration and Customs Enforcement agency (U.S. ICE) have been confirmed with COVID-19.