Early Dec. 2, under the cover of darkness, the Republican-led Senate passed—strictly along party lines—a tax overhaul bill that could represent the greatest transfer of wealth in our history from working people and the poor to the nation’s biggest corporations ...

The fight for the ballot

One year after the national Election Day catastrophe, political pundits and the mainstream media continue to dissect the results.

Every 20 years, the people of New York State are asked via statewide ballot to vote on whether to call a convention to revise our state’s constitution. A constitutional convention sounds fine in theory.

Toward a people’s agenda

As Congress returns to work after its annual August recess, we need to step up our resistance efforts. On Congress’ agenda are a number of packages that will affect us all.

Recently we joined our friends and allies in cheering the defeat of Senate bills to dismantle the Affordable Care Act and deny health care to millions of Americans. 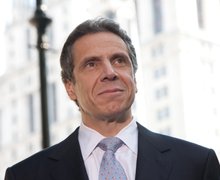 Gearing up for a possible repeal of the Affordable Care Act, New York State Gov. Andrew Cuomo is looking to shore up health care for his constituents.

Women and mothers lead the resistance

Each year we set aside the second Sunday in May to celebrate and honor our mothers. 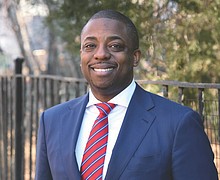 Among the Washington administration’s latest attempts to turn back the clock is its senseless assault on environmental regulations.

Women are on the front lines

Each March we pay tribute to the generations of women who have made incalculable contributions to our nation, and we recommit ourselves to the ongoing struggle for women’s equality.

Keeping our eyes on the prize

During African-American History Month, it is customary to review our progress on the long road to freedom.

Toward a better nation

We in 1199SEIU refer to Dr. Martin Luther King Jr. as our North Star. We constantly ask ourselves, what would Dr. King do?

One month after Election Day, many of us are still fighting through our shock and grief while trying to better understand the reasons for Hillary Clinton’s defeat.

Not in at least a half-century have we witnessed a national presidential election in which the candidates hold such vastly different views. 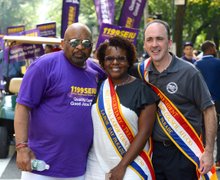 Unions participated in this year's Labor Day Parade on 5th Avenue in Manhatten.