We don’t need to listen to pundits or polltakers to know times are tough for working people. Millions of full-time workers live in poverty.

For too long, much of the U. S. labor movement has been fighting the corporate class with one hand tied behind our backs.

Election 2016: The next six months

Not since the 1964 election, when Democrat Lyndon Johnson defeated conservative Republican Sen. Barry Goldwater, has the difference between the candidates at the top of the national tickets of the two major parties been so stark.

Last week, the New York State Legislature reached a historic budget agreement that puts the state on a path to a $15 minimum wage. The legislation ensures that millions of low-paid, hard-working New Yorkers will receive much-needed wage increases.

Our history is US history

During African-American History Month, we are reminded that the struggles and victories of people of African descent are central to our nation’s progress. 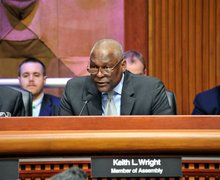 Endorsement season has picked up in the race for New York’s 13th Congressional District.

Why we’re marching on King Day

Jan. 18, millions around the world will observe the birthday of our beloved Dr. Martin Luther King Jr.

As we approach year’s end, justice and equality advocates can point to important gains.

For low-wage workers, the time has come

Cuomo helps low-paid workers come out of the shadows

I proudly took the stage at the Jacob Javits Center Sept. 10 with New York Gov. Andrew Cuomo, Vice President Joseph Biden and other leaders to announce Cuomo’s “Campaign for Economic Justice,” which seeks to make New York the first ...

Keeping our eyes on the prize

Saturday, Sept. 12, I will be marching shoulder to shoulder with union sisters and brothers in the New York City Labor Day Parade. 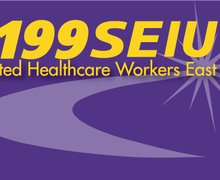 Home care workers in Massachusetts have reason to celebrate. 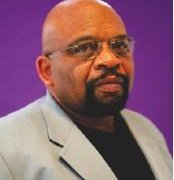 Economic inequality has already emerged as an issue in the 2016 elections.

Langston Hughes opens his powerful poem “Harlem” with the question, “What happens to a dream deferred?” He ends with another question, “Or does it explode?”

2015 presents daunting challenges for working people and progressives. Because last November’s elections saw the nation’s most conservative legislators capture the U.S. Senate and increase their hold on the House, the next Congress is expected to bring more obstruction and ...