WE GET UP: City workers staying strong

At a time of unimaginable grief, when a sudden, highly contagious virus rocked the entire world—and our own personal, little world—city workers, including members of my union, Local 237, didn’t give up, they got up and went to work.

Some have said that the tragic murder of George Floyd, a Black man, by a white police officer in Minneapolis, and the ensuing protests, represent an awakening in America.

Right out of Hollywood? Living in a coronavirus world

Indeed, in all of this darkness, there are many examples of the best of people on display. Health care professionals, first responders, transit workers, to name just a few, are among those who risk their lives to save the life ...

It’s hard to believe, but five years have passed since I was sworn into office. Standing in the same spot and having the oath administered again by our General President James P. Hoffa, still conjured up that same feeling of ... 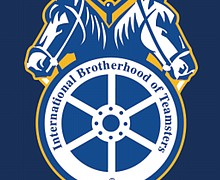 When the American Dream becomes a mall in New Jersey

Has the American Dream become just a mall in New Jersey?

Skip the greeting card—no presents needed: Labor Day, a holiday like no other whose importance lasts beyond a single day

GREGORY FLOYD President, Teamsters Local 237 and vice president at-large on the General Board of the International Brotherhood of Teamsters | 9/19/2019 4:55 p.m.

It’s not so easy to find a holiday that crosses all religious, racial, ethnic and gender lines. Your political party, favorite color and years of education matter little too.

Now is the time

Here’s a sad but true fact: labor unions in America are weaker than in other industrialized nations. Today, in America, just 10.5 percent of all workers are in a union, and in the private sector, only one in 16 workers ...

D-Day 75 years ago: Make sure the battle to defeat tyranny continues

Gregory Floyd, President Teamsters Local 237 and Vice President-at-Large on the General Board of the International Brotherhood of Teamsters | 6/20/2019 11:42 a.m.

You probably saw the pictures. Sixty veterans, well into their 90s, recently participated in the Normandy American Ceremony on the sun-drenched bluff above the Normandy beaches where 10,000 of their comrade soldiers gave their lives 75 years ago.

GREGORY FLOYD President, Teamsters Local 237 and Vice President at-Large on the General Board of the IBT | 1/24/2019 midnight

February has been described as the border between winter and spring. 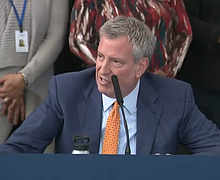 The holidays came early for members of Teamsters Local 237. 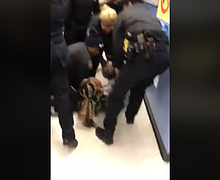 Teamsters 237 President Greg Floyd has called on New York City Mayor Bill de Blasio to rescind the suspension of two of his constituents involved in the arrest of Jazmine Headley.

Being resolute about resolutions

As the New Year approaches, we look to a fresh start and a new beginning.

Solidarity must be forever

Even though Ralph Chaplin wrote the song “Solidarity Forever” in 1915 for the Industrial Workers of World War I, its refrain is as relevant and important today as it was more than 100 years ago.

Faced with student protests at Wellesley College—Hillary Clinton’s alma mater—the keynote speaker at the 1990 commencement ceremony nonetheless eagerly strode to the mic and told the graduating class, “At the end of your life, you will never regret having passed ...