I took a groundbreaking trip to Albany this week with several of my constituents—some of the few remaining pioneering, local Black- and minority-owned business owners who invested in our community years ago while everyone else was fleeing.

Seeing people based on color is not always racist

There are some aspects of seeing people based on color that we simply are not going to ever eradicate from the human race, even though we would like to be able to. Some people don’t want to hear this—and people ...

Stop gun violence for the holidays

As the nation marks the one-year anniversary of the Newtown, Conn., shootings, it is no closer to federal gun control legislation. If this were another country, the number of children killed by gun violence would violate international law. Last year, ...

As the old saying goes, “Politics is the art of the possible.” For a long time in New York, it’s served the interests of a fortunate few to keep the scope of possibility narrowly restricted. If an idea advantaged the ... 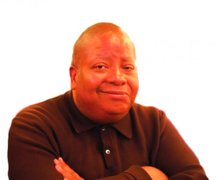 These Republicans are determined not to give Obama credit for anything

No matter what the president achieves he is confronted by Republican elected officials who would never even consider giving him credit.

Starting out in business: Key tips to keep in mind

Every day, people across this country decide that they are going to give up their 9 to 5 and start a business.

The curse of longevity

The Social Security Act was passed in 1935 guaranteeing retirement pensions to all Americans over the age of 65.

Dear Amsterdam News, I am sure your paper is aware of the unbridled elitist arrogance of Mayor Michael Bloomberg, who seeks to micromanage the lives of the “little people,” defends “stop-and-frisk,” denied city workers a contract for four years and ...

In Brooklyn, the Thompson vs. Hynes drama continues—and it’s not flattering to Hynes

In Brooklyn, the Thompson vs. Hynes drama continues—and it’s not flattering to Hynes There seems to be no end to the drama that is surrounding the race for Brooklyn district attorney. And it is a spectacle that has tarnished the ...

Redskins name should stay, but personal attacks should go

Watching the current debate swirl around the Washington Redskins, I can’t help but shake my head. The issue of a name change is a tired issue that we have heard about before, yet something seems different this time, and much ...

With all the drama surrounding the government shutdown and the Republican Party’s obstinate attempt to obstruct the implementation of expanded health care coverage for millions of Americans, there has been little attention paid to an area where the Obama administration ...

No compromises on a ship of fools

Usually when two sides cannot come to an agreement, they can let an arbiter weigh their arguments and settle the dispute. Some arbiters try to find the optimum compromise, while others simple rule in favor of one side over the ...

There is something about the experience of having power and authority that can become so intoxicating, so addictive, that those who hold it will periodically do things so outrageous, so unabashedly self-serving to cling to it.

Why are we against the Affordable Care Act?

There are three basic arguments against the Affordable Care Act (ACA).