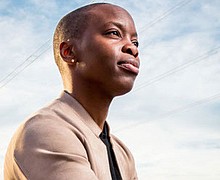 Odessa Jenkins has been playing tackle football most of her life and has a love for the sport. She’s from a big family and sports was always part of family time. 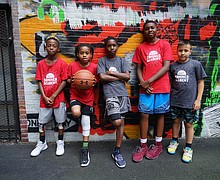 The NBA dishes a game-changing assist to New Heights

Last month, through its NBA Foundation, the National Basketball Association awarded a grant-in-aid to New Heights Youth, Inc. as part of $3 million in funding to nine organizations around the country to help advance educational and career opportunities, and elevate ... 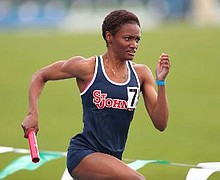 Sprinter Leah Anderson is stepping up her game 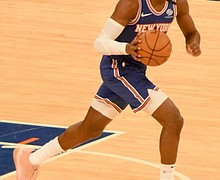 It’s perfectly reasonable to wonder if the Knicks have made a Faustian bargain. 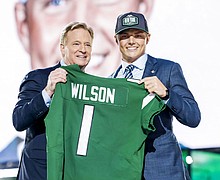 With the second pick in this year’s NFL Draft, held last week in Cleveland, Ohio, in front of an estimated crowd of 50,000, all under mandated COVID protocols, the Jets ended two months of speculation by selecting Brigham Young University ... 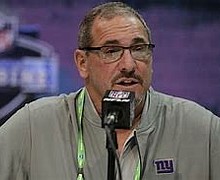 An apt characterization of Giants general manager Dave Gettleman is revealing. While other National Football League GMs engage in the league’s version of tradecraft, doggedly trying to throw rivals off the trail of who they are targeting to draft, and ... 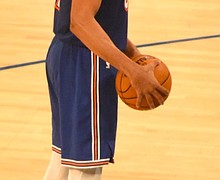 The Knicks serve notice they have staying power

The Knicks’ remarkable nine-game winning streak came to an end on Monday night by a tightly contested 118-110 loss to the Phoenix Suns at Madison Square Garden. It was the longest period of on-the-court prosperity for the franchise since they ... 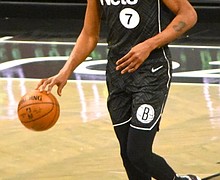 With Harden still out, Durant returns to the Nets’ lineup

Kevin Durant returned to the Nets’ lineup on Sunday against the Phoenix Suns at the Barclays Center after missing three games recovering from a thigh bruise. 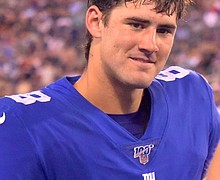 Maybe the Giants are all in on quarterback Daniel Jones. If so, this year’s NFL Draft, which begins tonight, April 29, and is being held in Cleveland, Ohio, should reveal much about what areas of the offense the team’s general ... 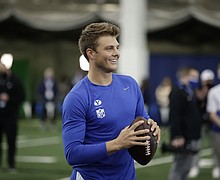 Here we go again. A high draft pick awaiting the New York Jets and of course, they’re in the market for a quarterback. 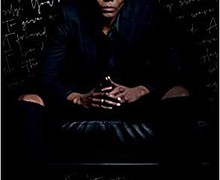 In her new book, Finding Myself, former WNBA player and coach Crystal Robinson describes growing up in poverty with parents who suffered from alcoholism. 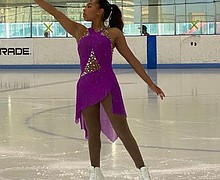 The participants in Figure Skating in Harlem (FSH) spent their days doing their schooling online but were able to get on the ice to train at several locations (Riverbank, City Ice, Rockefeller Center and Lasker), adhering to protocols with small ... 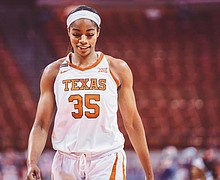 This year marks the 25th season of the WNBA. Most of this year’s draftees weren’t even born when the first WNBA Draft took place. 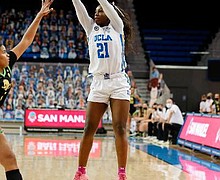 Having traded away this year’s top pick in order to acquire seasoned veteran talent, the New York Liberty looked to the 2021 WNBA Draft as a means of rounding out its new roster. With the sixth pick, the Liberty chose ... 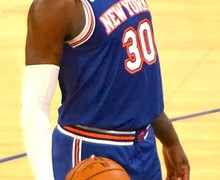 As a leader of young Black men, it was inevitable that Knicks head coach Tom Thibodeau would be compelled to address the verdict in the case of former Minneapolis police officer Derek Chauvin, charged with the May 25, 2020 murder ...