Sports are coming back, slowly - Teams here get OK to open facilities

New York State governor Andrew Cuomo, and then New Jersey’s, Phil Murphy have given the OK for this area’s professional sports teams to officially open, or re-open their training facilities located here in New York and in Jersey. With kids stuck inside due to social distancing, the Armory’s CityTrack (for middle schoolers) and Little Feet (second through fifth grade) youth programs have been doing their utmost to keep kids exercising and entertained. 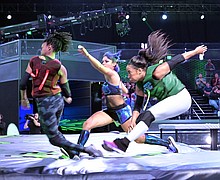 Growing up in New Jersey, Lisa Barber no doubt engaged in some fierce games of tag, but she quickly realized that didn’t prepare her for FOX’s new competition show, “Ultimate Tag.” 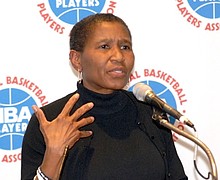 It’s getting late. Perhaps too late for a reasonable return of the NBA for the 2019-20 season, which halted its schedule with a statement on March 11 informing: “The NBA is suspending game play following the conclusion of [tonight’s] schedule ...

National Football League teams must now interview at least two minority candidates for head coaching positions under new resolutions that the league hopes will improve diversity among its 32 teams. Patrick Ewing announced Friday that he has tested positive for the coronavirus. 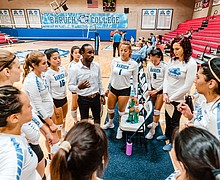 Baruch College men’s volleyball was dominating CUNYAC play when the season was halted due to COVID-19. In his fourth year as head coach, Kevin Edwards guided the Bearcats to the 2019 CUNYAC Championship and a spot in the Division III ... 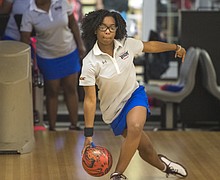 Lewis to continue bowling after graduation

Téa Lewis’ time as a Howard University athlete has officially come to an end and the marketing major has graduated, but her love of bowling endures. She said being a student-athlete taught her to work hard no matter what. The path paved by Bob Watson is not often traveled

Bob Watson, Major League Baseball’s first Black general manager, died last week of kidney failure after a long bout with the illness at the age of 74 in Houston, Texas, the city in which he formed a long MLB career ... 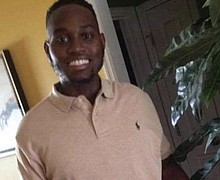 Athletes rise up to call for justice for Ahmaud Arbery

The horrific and unjust murder of Ahmaud Arbery has spurred professional athletes to use their influential status and expansive platforms to call on the judicial system to thoroughly and impartially prosecute the men responsible for his death. It’s been 50 long years since the New York Knicks won the first of their two NBA Championships. Friday past, March 8, marked the most memorable night in their history. It was a great start to 2020 for Figure Skating in Harlem (FSH), the organization that serves girls ages 6–18 in the community with skating lessons, educational support, financial literacy curriculum, college advisement, career exploration and most importantly sisterhood. 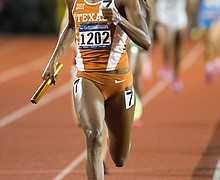 Spencer tries to remain chill and focus on Tokyo 2021

For athletes who have been building to the Olympics originally scheduled for this summer, it’s been a tough few weeks. 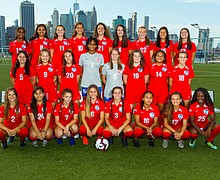 It was a rough inaugural season for St. Francis College women’s soccer, but the team is committed to unity.