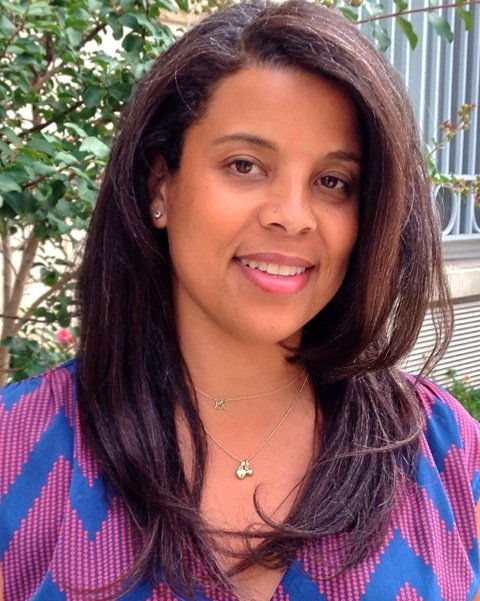 This is the beginning of my 11th year writing “Talking SCHOP!” and other food-related stories for the Amsterdam News.

Time is running out on summer. Enough mucking about! Here are a couple of green recipes for your late-summer repertoire. They are quick and easy and can be a light and refreshing main or side dish.

August is a great time to get out of the city. New York, and the tristate area in general, has so much to offer and is only less than a couple of hours away to boot. Having a Metro-North stop right at 125th Street is yet another great reason to be a Harlemite.

It is no secret, I love being happily surprised when trying a new restaurant, especially one that comes by way of someone else’s recommendation, planning or behest. It’s almost like being blindfolded for a surprise that only reveals itself once you can see it and taste.

Having a Maine moment

I love traveling to places in the United States that I have never been to before. I was lucky enough to be invited to Kennebunkport, Maine.

Happy Independence Day, everyone! I hope you are either en route to your long weekend or settled on your plan to watch the fireworks display. Both promise to give you a reprieve from your everyday and hopefully surprise you with something new.

Happy midyear! I wouldn’t believe it myself if I didn’t write a weekly column and know that this is my 26th piece this year. Where does the time go?!

Talking SCHOP! Year of the Gato

Another birthday came last month for me. Where does the time go? Though not a milestone year, I ceremoniously titled it “My Obama Birthday” for our 44th president (trying to make it stick, copyright in progress!). I would not let it go by without raising a glass and eating some good food.

With the official start of summer right around the corner and temperatures already rivaling the dog days in August, there are a few cool reprieves for the mouth. Good thing Fairway Market (@FairwayMarket) partnered with High Road Craft Ice Cream (@HighRoadCraft) to create four signature flavors for your mouth.

This weekend is not only for the father in your life. It is for the father figures—the ones putting in the work, showing up and being the best person they can be for the children they love. I salute them.

Happy summer season, everyone! Though it doesn’t officially start for a couple of weeks, we are all happy to dive into Memorial Day weekend as the unofficial beginning of sunbathing, barbecuing and revelry. I hope you enjoyed the long weekend. Let the summer planning commence!

Talking SCHOP! We came, we ate, and yes, we drank!

Thank goodness the spring weather is settling in, because we needed to get out of the house. We needed to crawl the streets, spend time with friends, eat, drink and see how Harlem is getting down with the get down! And there was no shortage on things to do over the last couple of weeks … lest there be a riot on the avenue.

That winter really did it to us! We filled our coffers to the brim in order to stave off having to go out in the cold to forage.

There are not many times in life when over 75 of New York City’s top food and beverage talents converge for one evening, in one place. And when they do, you make your best effort to be there. What is the premier event in this category?

Cinco de Mayo, a time of tequila, tacos and revelry. While there are myriad places to get down with the get down on May 5, I know where my pesos will be spent.

In 2008, I put Pizzeria 123 on my “Best of Harlem” list for their medium plain pizza—well done, of course. It satisfied my need for crunchy thin crust and gooey cheese in one fell swoop. I was sad to see the business compromised by the neighboring construction and then its ultimate closure. Thank you for servicing our community!

I recently restarted a bimonthly Sunday family dinner that cycles around each of our homes. What I began with a slow-cooked pot roast with braised red cabbage and potato gratin continued with Sheppard’s pie from my mom and the Greek casserole moussaka from my sister

After being postponed numerous times, it finally happened! The Harlem Food Truck Rally came off this past Saturday on Frederick Douglass Boulevard

Hot time, spring’s in the city

The pilgrims of the @NYCHotSauceExpo are back for a second year of that good stuff.

Every year in the first week of March, a band of brothers and sisters descend upon New York City’s Javits Center to exchange ideas on service, food, craftsmanship, passion and more.

Last week’s column recounting a libation-filled evening at the new La Bodega 47 was only half the story. The other half was finally being able to try another new Harlem eatery after.

Talking SCHOP! Taking a ‘rum’ to the Bodega

There has been a transformation on the corner of 118th Street and Lenox Avenue. One of the original Harlem staple eateries boldly shuttered its doors for a trip around the world, and what they brought back was no mere T-shirt from the airport. What they brought back to Harlem is a new experience with a diaspora of rums—47 to be exact!

“Layer up! There is ramen to eat!”

Starting Monday, Aug. 5—and every Monday and Tuesday in August thereafter—you can cruise and eat Harlem. The West Harlem Food & Beverage Association, in conjunction with NY Waterways & Metropolitan Waterfront Alliance, DockNYC and the BillyBey Ferry Company, have created the West Harlem Gastro Cruises to encourage tourists and locals to experience Harlem in a unique and fun way.