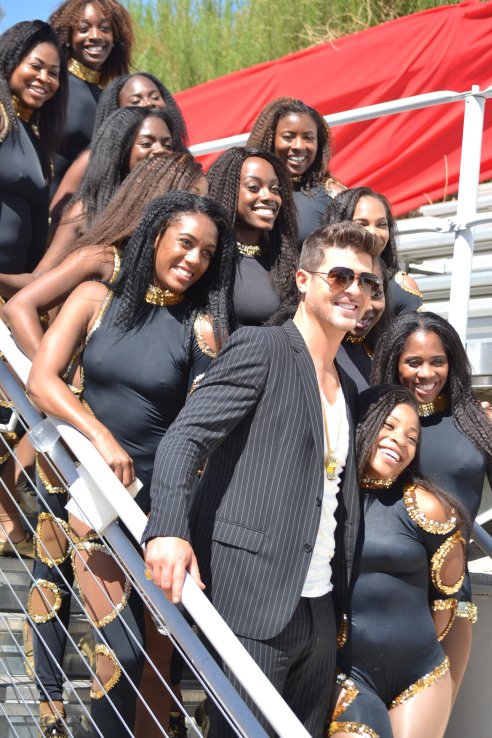 Robin Thicke and Pharrell Williams must pay up after a jury rules that they copied Marvin Gaye’s 1977 hit song “Got to Give It Up” to make their 2013 smash hit “Blurred Lines.”

I was scratching my head about how I could broach the subject of Robin Thicke without ruffling some feathers, and I just couldn’t put together the right combination of words. It’s good to have friends that provide inspiration.

Still riding on the wave of his summer hit “Blurred Lines” that spent weeks at No. 1 on Billboard charts, R&B singer Robin Thicke is turning heads again with his latest video for his new single “Give It 2 U.”