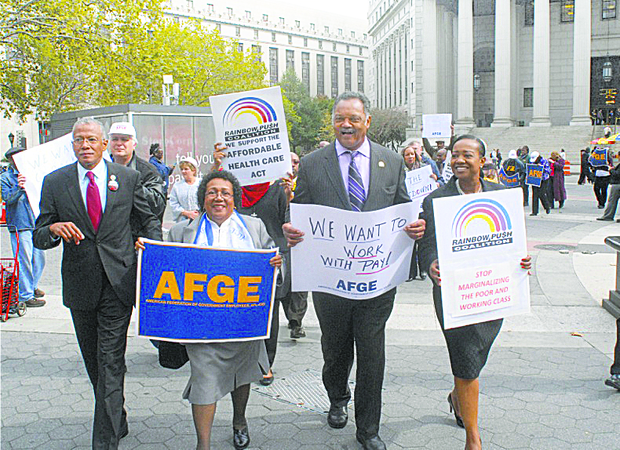 The Rev. Jesse Jackson, the Rainbow PUSH Coalition and the American Federation of Government Employees protest the government shutdown in lower Manhattan.

Government shutdown continues despite enough votes to end it

As we enter week two of the government shutdown, it has become increasingly clear that there are enough Republican votes in the House to end the impasse, but Speaker John Boehner is reluctant—or hasn’t been pushed enough—to bring the vote to the floor.