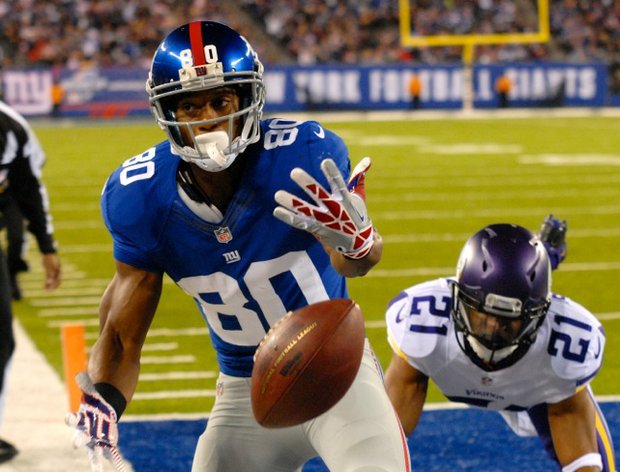 Victor Cruz fails to haul in a Eli Manning pass in the end zone.

Giants off the donut after 27-7 win over Vikings

No one, not even the most idealistic among Giant haters, could have possibly imagined that a team many NFL observers picked to win the NFC East before the season began wouldn’t earn their first victory until Oct. 21.