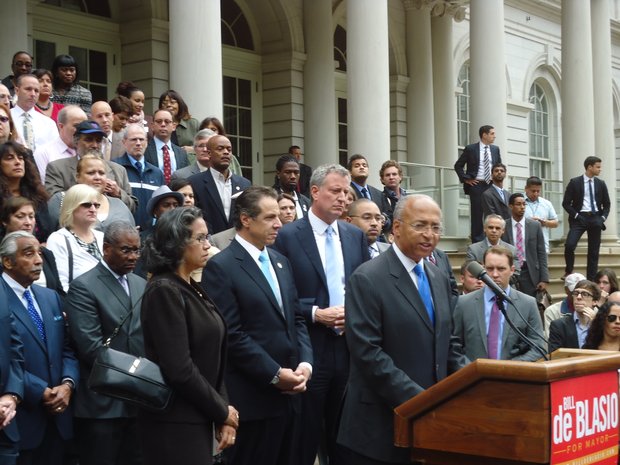 Bill Thompson concedes in the race to be the Democratic candidate for mayor and endorses Bill de Blasio.