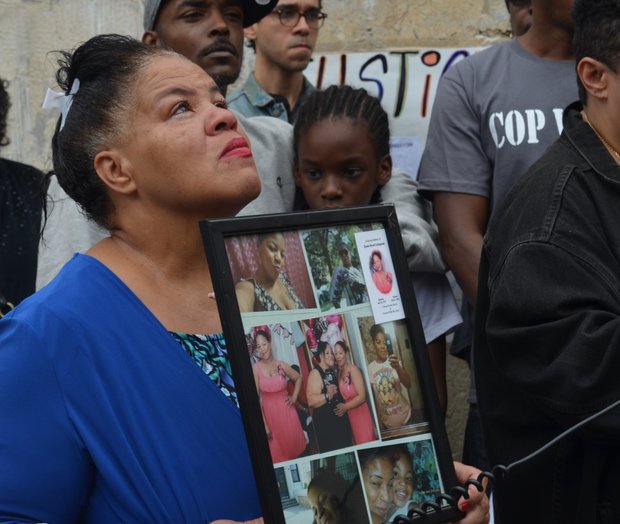 Kyam Livingston’s family, elected officials and community leaders announce the filing of a federal lawsuit in connection to her death

According to her family, it was the purely insensitive mindset of the NYPD that may have caused the death of 37-year-old Kyam Livingston in a Brooklyn Central Booking cell on July 21.

Two months after Kyam Livingston died while in custody at Brooklyn Central Bookings Jail, after pleading for medical attention but was ignored by officers, enraged family members are still demanding answers for her death from Police Commissioner Ray Kelly and Brooklyn District Attorney Charles Hynes.