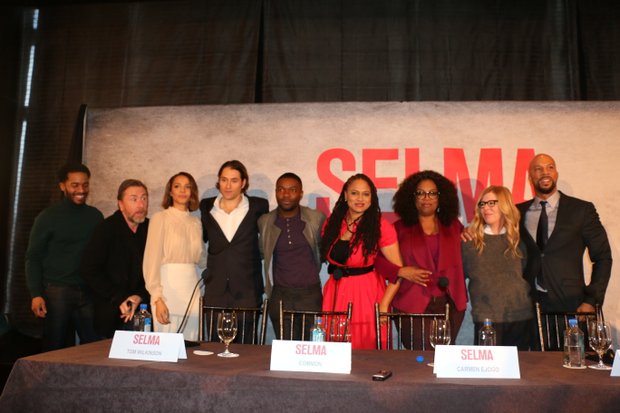 Students to see ‘Selma,’ for free

Like the historic march in Selma, Ala., in 1965, the movie “Selma,” directed by Ava DuVernay and starring David Oyelowo as Martin Luther King Jr., is part of an unprecedented campaign to make sure that young school children in the metropolitan area get a chance to see the film free of charge, thanks to a coalition of Black New York business leaders.

27 African-American leaders in partnership with Paramount Pictures created a fund for students to see the film free of charge.

Inside the NYC press day for ‘Selma’

This weekend, we were among a group of media invited to screen Paramount Pictures’ new film, “Selma” (opening Christmas Day), and to participate in the press conference that was held at the Mandarin Oriental.