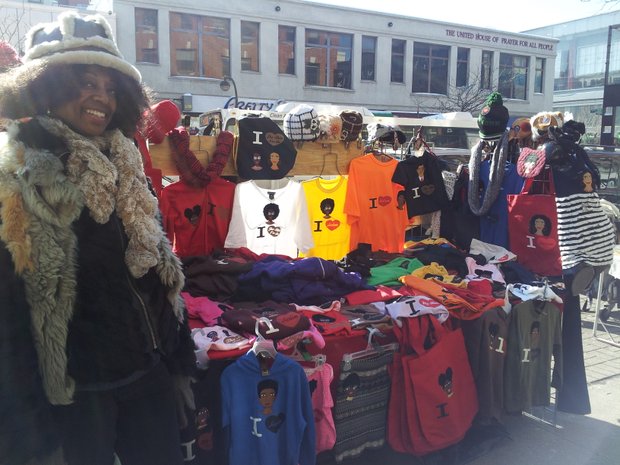 "I'm an artist and [I] should be able to express [myself] anywhere," said this booth's owner.