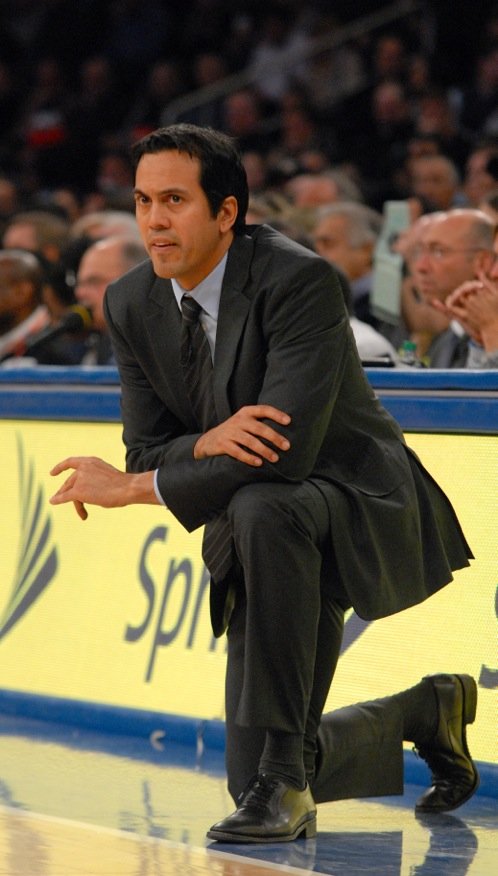 Spoelstra shares the blame in the collapse of the Heat

Erik Spoelstra, perhaps the top young coach in the NBA, is well-liked by his peers and, most importantly, his players. But the Heat’s young coach, like his team, was blown away in the NBA Finals. He took a coaching spanking, administered by the guy on the other bench, Gregg Popovich.