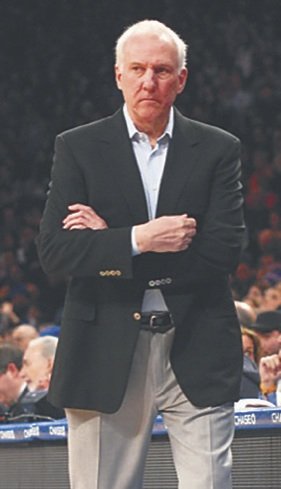 Gregg “Pop” Popovich led the Spurs to their fifth NBA championship, a 104-87 win over the Miami Heat.

Tim Duncan proves his tank is still running on full

Shortly after the San Antonio Spurs defeated the Oklahoma City Thunder in the Western Conference finals, the normally reserved Tim Duncan vowed that he and his teammates would avenge the crushing series defeat to the Miami Heat that they suffered in the 2013 NBA Finals.