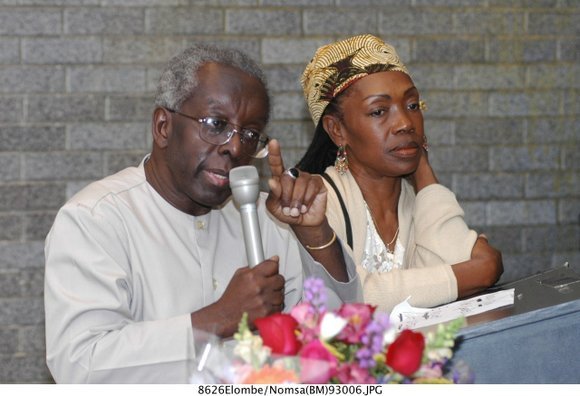 Grassroots activists and lifelong comrades of a legendary Pan-Africanist and community stalwart filed into Brooklyn’s Restoration Plaza, 1368 Harriet Tubman Blvd., Saturday, May 16 to honor the legacy Elombe Brath, who devoted his entire life to liberating his people.

When Elombe Brath, a noted freedom fighter and native of Harlem, joined the ancestors last May 19, it was an unforgettable date because it also marked the 89th birthday of Malcolm X (El-Hajj Malik El-Shabazz).

The late Elmobre Brath is being lead to rest Saturday, May 31 at 10 am at the Abyssinian Baptist Church in Harlem.

On the very day his friends and comrades were celebrating the birthday of Malcolm X (El Hajj Malik El Shabazz), Elombe Brath was joining his fellow revolutionary on the other side of our struggle. Brath, 77, made his transition on Monday, May 19 at the Amsterdam Nursing Home, according to his son, Cinque.