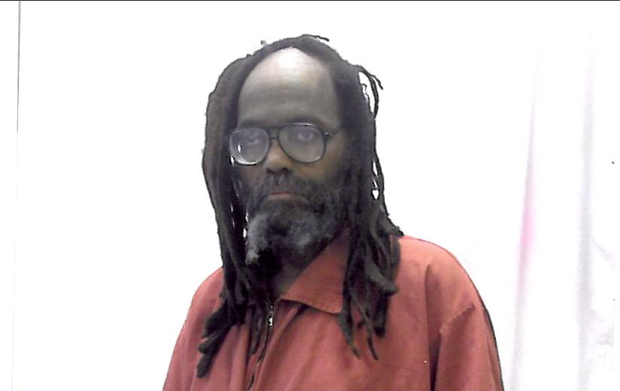 Philadelphia prosecutors say they’ve found no hint from newly found files in a former Black Panther’s police slaying case that a judge involved had a conflict of interest.

After two years of court dates, a Philadelphia judge will now decide whether Mumia Abu-Jamal, who is serving a life sentence for the murder of Philadelphia police officer Daniel Faulkner, will get another chance to appeal his 1982 conviction.

Day of action for Mumia set for May 30

On Tuesday, May 30th, The Mobilization For Mumia, a coalition of human rights groups in support of political prisoner Mumia Abu Jamal, will host a press conference and rally at the Philadelphia District Attorney's

As he went across the country encouraging us to vote for Hillary Clinton, President Barack Obama said he wants Black people to respect and protect his legacy.

Supporters for Mumia Abu-Jamal were not going to let little things like rain and police harassment stop them from marching for the besieged revolutionary journalist as he fights for his life and endures the ravaging affects of the onset of hepatitis C.

As 2015 comes to a close and a new year begins, we’d like to share the top stories that mattered to you.

The latest on Mumia's health

During his long and debilitating incarceration, Mumia Abu-Jamal has learned a lot about the penal institution and the reforms necessary to improve the system.

Reports released the morning of May 13—coincidently, the 30th anniversary of the horrific MOVE bombing in Philadelphia—revealed that political prisoner of war, Mumia Abu-Jamal had been re-admitted the previous day to the infirmary at SCI Mahoney in Pennsylvania.

Close comrades and relatives of Mumia Abu-Jamal have been concerned about his rapidly deteriorating health since his “near-death” March 30 diabetic shock, which caused him to lose consciousness and be hospitalized.

The following photos of Mumia Abu-Jamal were taken on April 6, 2015. He was taken to the hospital previously due to issues with diabetes.