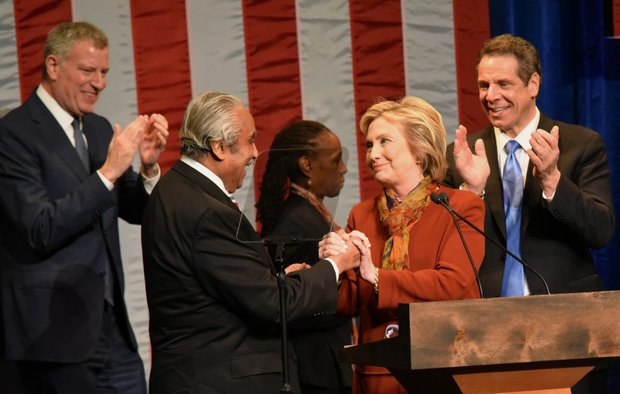 In a joint statement, over 20 unions have put their eggs in Hillary Clinton’s basket.

Presidential candidate Hillary Clinton was on message in Harlem on Tuesday, and the centerpiece of her objective of tearing down social and political barriers was the African-American community.