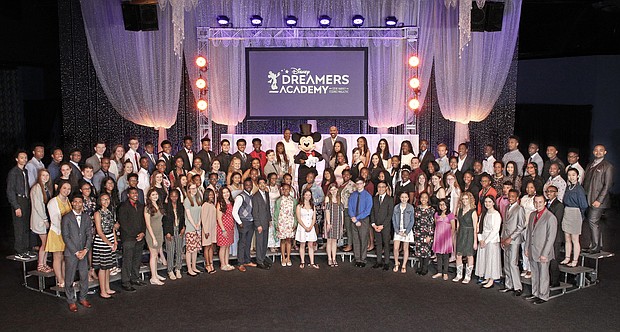 Teens bid an emotional farewell at the commencement ceremony on the final day of the Disney Dreamers Academy with Steve Harvey and Essence Magazine at Walt Disney World on Sunday.