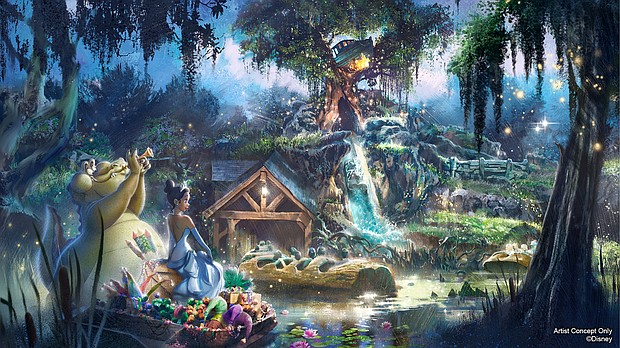 Splash Mountain in Magic Kingdom Park at Walt Disney World Resort in Lake Buena Vista, Fla., will soon be completely reimagined, inspired by the animated Disney film “The Princess and the Frog.” Guests will join Princess Tiana and Louis on a musical adventure as they prepare for their first Mardi Gras performance, featuring some of the powerful music from the film.

'Princess and the Frog' ride coming to Disneyland and Disney World

The Walt Disney Company announced Thursday that it's replacing the theme of its iconic Splash Mountain ride with a theme based on the 2009 animated film "The Princess and the Frog."