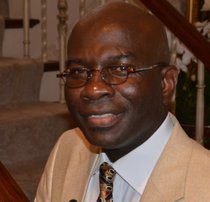 Armstrong Williams is on Sirius/XM Power 128, 7 to 8 p.m. and 4 to 5 a.m., Monday through Friday. Become a fan on Facebook at www.facebook.com/ arightside, and follow him on Twitter at www.twitter. com/arightside.

Armstrong Williams is on Sirius/XM Power 128, 7 to 8 p.m. and 4 to 5 a.m., Monday through Friday. Become a fan on Facebook at www.facebook.com/ arightside, and follow him on Twitter at www.twitter. com/arightside.

The city of Richmond, VA will soon select a casino development proposal from among three different bidders.

Privately and publicly I have been so thankful and blessed not having contracted COVID-19 and having been able to continue to travel domestically /internationally in my TV broadcasting life, without any interruption.

Imagine a society where prostitutes could solicit johns for sex just yards from police officers who did little more than wave them on their way.

The barricades are coming down, but where is Biden?

After almost two and half months since the Jan. 6 riots at the U.S. Capitol, police in D.C. have finally begun to dismantle the chain-link and metal barricades that had turned the cathedral of democracy around the globe into a standing prison more reminiscent of a dictatorship. My only question is this: why has it taken so long?

Today, we live in a society where we seem to sprint from one manufactured cultural outrage to the next.

For the duration of his 2020 presidential campaign, which at first appeared to be a long shot especially given the far left’s vocal disdain for “old, white men,” Joe Biden ran on the promise that he would unite the country.

“The enemy within” is the phrase that House Speaker Nancy Pelosi used to describe the chaos brewing just beneath the surface of the Republican Party.

More of the same

The most incredible con is going on in America right now.