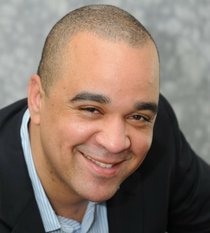 BARBADOS––The president of the Caribbean Hotel and Tourism Association (CHTA) joined regional tourism industry stakeholders in mourning the passing of Sir Royston Hopkin, one of the Caribbean’s most respected and accomplished hoteliers.

Leading Caribbean journalist and entrepreneur Janet Silvera and veteran airline executive Chris Kennedy are two recipients of the 2019 Caribbean Media Exchange (CMEx) Leadership Awards which will be conferred on December 14, 2019 in Miami.

Trinidad and Tobago music legend to perform at Miami Fundriaser

Islands marketing and communications specialist Ian Turnbull has been appointed the territory-wide director of the U.S. Virgin Islands Department of Tourism’s new Division of Festivals.

MIAMI—The U.S. Virgin Islands Department of Tourism has announced the addition of a third American Airlines daily flight between Miami and St. Thomas in time for the winter season.

France and Germany, along with The Nature Conservancy, have pledged over US$45 million in contributions to the Caribbean Biodiversity Fund to increase resources for biodiversity conservation.

Caribbean hotelier says get online or get left behind

Leading Caribbean hotelier, Sanovnik Destang, executive director of Bay Gardens Resorts in St. Lucia, is encouraging fellow tourism industry professionals to fully embrace the use of technology if they want to drive business to their hotels, restaurants and attractions.

Fitness company fights climate change in the Caribbean from the gym

SportsArt, the green fitness company, is offering individuals residing in and visiting the Caribbean an opportunity to contribute directly to the fight against climate change while exercising and staying healthy.

Health City Cayman Islands is supporting NFL Alumni’s (NFLA) charitable mission with a $20,000 donation to its “Caring for Kids” program.