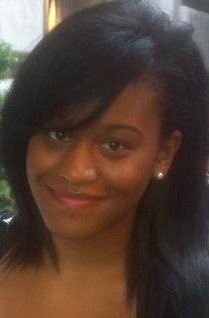 According to New York University (NYU) junior Tiana Morrison, her university has been in want of a Black Greek organization for far too long.

Director Spike Lee attends screening of his film in Harlem

ImageNation presented a free, outdoor screening of “Jim Brown: All-American” on the Great Lawn of St. Nicholas Park on Saturday with a special guest appearance by the film’s director, Spike Lee.

Richard Ciceron has never returned to the East Flatbush intersection where he was involved in an altercation that resulted in the death of his best friend, Christopher Rose, in 2005. Rose became the first person in the country known to be killed over an iPod.

Queens Council on the Arts offers grants to artists

In support of the creative spirits who live in Queens, the Queens Council on the Arts (QCA) have opened applications their annual grants to individual artists and organizations.

Earlier this year, Rapper Lil’ Wayne lost PepsiCo as a sponsor and received backlash from iconic legends like Stevie Wonder for a lyric that disrespected Emmett Till, a Black teenager whose racially-charged death in 1955 incited the beginning of the Civil Rights Movement. In disrespecting important figures in Black history it looks like Russell Simmons is next.

The Music With A Message (MWAM) youth band will return from a summer tour this Friday for their second annual concert in the Bronx.

It’s been a hot summer, and it was probably even hotter for your furry pet. Luckily, there are several places in Harlem that offer great opportunities for shade and activities for your pet. Likewise, many pet-owners in Harlem told the AmNews that early morning and late afternoon walks were better to ensure that their dogs are not too over-heated during morning strolls.

Puzzler changes education one crossword at a time

For Kevin Dunn, the answer to keeping Black youth out of trouble and informed about their past, present and future is puzzling. Word puzzling, that is.

A Tennessee judge ruled on Thursday that “Messiah” is an unacceptable name for a 7-month-old baby who was brought into court because of the parents’ disagreement for a last name for the child.