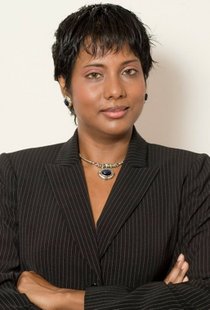 20 years after 9/11, will 8 million undocumented immigrants finally get a green card?

It’s been two decades already since hundreds of immigrants, including from the Caribbean, Africa, Asia and Latin America, died in the 9/11 terror attack on the World Trade Center and the Pentagon.

Here’s what Afghans need to apply for parole in the U.S.

Many across the world find themselves weeping at the scenes from Afghanistan, including the killing of more innocent American troops and the sight of thousands scrambling for any means out of the grasp of a maniacal regime that is using their interpretation of religion as a weapon of terror and mass destruction.

Five immigration news headlines you should know of

In the past week alone, so much has happened on the U.S. immigration front, it’s hard for even the most ardent follower of the issue to keep track.

Over 800,000 migrants at the southern border cannot all be given asylum

As an immigrant and someone who has been advocating for immigration reform since 1997, I feel caught between a rock and a hard place when it comes to my reaction to the obvious border crisis at the U.S. Southern border.

Where in the world is Kamala Harris?

On July 15, U.S. Immigration and Customs Enforcement (ICE) and local officials dropped off two busloads of Haitian immigrants in the small city of Shreveport, Louisiana.

DACA––or the Deferred Action for Childhood Arrivals program of 2012––was sent into a tailspin again on Friday, July 17, 2021, when Republican-appointed Judge Andrew S. Hanen ruled the program was “illegal” and put a halt on all new applications.

Did a Haitian immigrant really plot the entire assassination of President Moïse?

As I write this column, Haiti’s police chief has claimed an immigrant from Haiti who is a doctor in Florida has been arrested as a “central” suspect in the assassination plot of the country’s president, Jovenel Moïse

“Outstanding American By Choice” award for one brave Caribbean immigrant

I finally got up the nerve on July 3 to take the first jab of the Pfizer COVID-19 vaccine. Caribbean immigrant nurse Sandra Lindsay bravely took the first ever COVID-19 shot on December 14, 2020.

There are a number of immigration rule changes that are happening and have happened in recent weeks that readers of this column should be aware of.