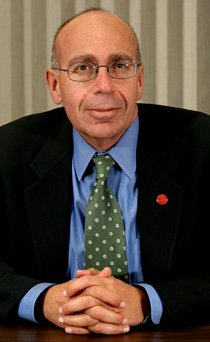 There can never be peace between nations until there is first known that true peace which is within the souls of men. - Black Elk, Oglala Lakota Sioux

There can never be peace between nations until there is first known that true peace which is within the souls of men. - Black Elk, Oglala Lakota Sioux

When the New York State Senate passed a bill amending the sub-minimum wage for car wash workers on June 5 and the Assembly passed the same bill a day later, the state legislature sent a clear message to car wash employers that their workers in New York City, Westchester and Long Island should be paid at least the minimum wage.

Amazon needs to improve much more than just wages

Amazon generated some positive headlines for itself recently by announcing a wage hike to $15 per hour for all of its hourly employees. There are many questions, however, about changes to the company’s bonus and stock grant programs that accompanied the wage hikes that have many employees fearing they’ll actually lose money. And, the problems faced by Amazon workers go far beyond the issue of wages, with workers dealing with numerous hardships an

Economic inequality is making us sick

Economic inequality has an even higher cost than many people realize. Beyond lowering living standards for working Americans, a treasure trove of data compiled by the Center on Society and Health and the Urban Institute reveals that a major consequence of income inequality is poorer health and even shorter lifespans for those who earn less—poor people have an average lifespan six years shorter than the wealthy.

Economic inequality is making us sick

Economic inequality has an even higher cost than many people realize.

There is dignity in all honest work and all workers deserve to be treated with respect.

Workers in retail need $15 an hour to survive

Nicole Brown, a 32-year-old single mother working in retail, shared her story at a press conference in Albany, N.Y., this month.

All New Yorkers need a raise

New York’s low-wage workers are facing another difficult holiday season. They know it will be a struggle to just pay the bills and put food on the table, before even considering what it will take to buy gifts for their families.