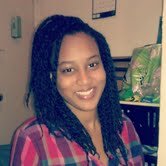 Victoria Johnson will be a graduate student at the CUNY School of Journalism starting in Fall 2013. She has always had a passion for writing and started working as a journalist in 2008. Her interests include politics, culture, and entertainment.

Victoria Johnson will be a graduate student at the CUNY School of Journalism starting in Fall 2013. She has always had a passion for writing and started working as a journalist in 2008. Her interests include politics, culture, and entertainment.

Trayvon’s hoodie on way to D.C.?

At a recent press conference, President Barack Obama told Americans that 35 years ago, he could have been Trayvon Martin, the hooded, unarmed 17-year-old who was shot and killed by neighborhood watchman George Zimmerman.

Less than two months after the Supreme Court struck down Section 4 of the Voting Rights Act, an act passed in 1965 to keep up with racial discrimination in voting laws by determining which states must get federal approval before changing voting laws, states such as Arizona, Kansas and North Carolina have moved to create new voting laws that the American Civil Liberties Union (ACLU) is calling unconstitutional.

Man Found Hung On A Tree In Jersey City

On August 6th, New Jersey police received a call from a woman saying that she saw a man hanging from a tree in Lafayette Park in Jersey City.

After a two-month trial, Judge Shira A. Scheindlin of the Federal District Court in Manhattan ruled the controversial "stop-and-frisk" practices of the NYPD to be unconstitutional in the court case, Floyd, et. al. vs. The City of New York. The case was filed by four African-American men who were stopped and frisked and they argued that the procedure violated their constitutional rights.

Brooklyn statue of Jackie Robinson gets vandalized with racial slurs

Nearly four months after "42", a biopic of Jackie Robinson was released, vandals marked a statue of Robinson with racial slurs and anti-semantic comments such as "Die N****r", "F*** Jackie Robinson and all N*****s", and "Heil Hitler". A swastika, a symbol used by Nazis in World War II was also placed on the statue that sits outside Cyclone Park. "42" depicted how Robinson overcame racial tension as the first African American to integrate into the Major League Baseball League as a Brooklyn Dodger. However, it seems that even after his death, Robinson still faces racism.

As August rolls in, the time for students to return to school is around the corner, and back-to-school shopping has begun. A study conducted by Offers.com, a coupon and deals site, and research company Harris Interactive revealed that 67 percent of parents in the United States plan to spend $100 or more on back-to-school shopping, while 25 percent will spend $100 or less. Lastly, 8 percent of parents are not sure what they will spend.

Last Sunday kicked off the beginning of the 39th annual Harlem Week, a summer-long series of events to celebrate not only Harlem, but urban communities in general.

Director of community affairs in intergovernmental affairs for New York City Public Advocate Bill de Blasio and national director for criminal justice for the Rev. Al Sharpton’s National Action Network are just some of the few titles Kirsten John Foy, a candidate for the City Council’s 36th District seat, has held. Foy, who now works as a senior adviser in the Amalgamated Transit Union International, believes he has the “activist spirit,” needed in government.

Iconic Hoodie of Trayvon Martin May Be Displayed in Washington D.C.

At a recent press conference, President Barack Obama told Americans that 35 years ago he could have been Trayvon Martin, the hooded, unarmed, 17-year-old that was shot and killed by neighborhood watchman George Zimmerman. Now, the iconic hooded sweatshirt, also known as a "hoodie", that Martin was wearing on the fatal and rainy night his life ended, may be on display a few miles from The White House at the Smithsonian Institute's National Museum of African American History and Culture (NMAAHC) in 2015.