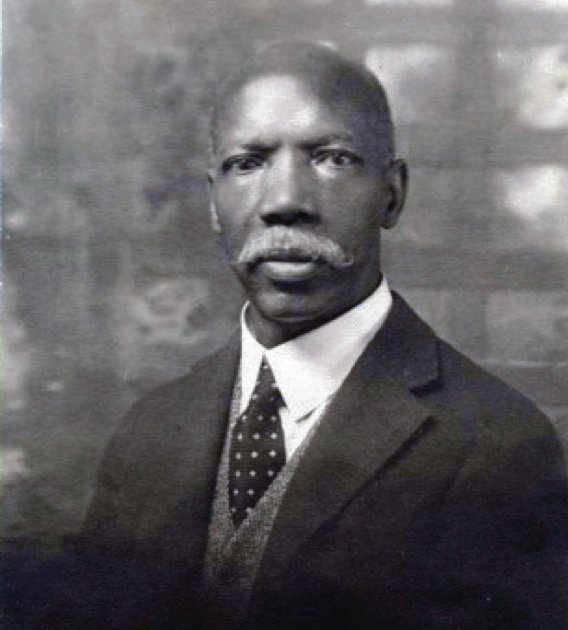 Today's page takes a look at the publisher and editor-in-chief of the oldest Black newspaper published in Cincinnati, Ohio: Wendell P. Dabney. Establishing a newspaper was but one entry on a long list of accomplishments for Dabney, who was first and foremost an advocate for his people, using all of his superior talents to that end.

Wendell Phillips Dabney was born on Nov. 4, 1865, seven months after the end of the Civil War, to former slaves John and Elizabeth Dabney. Young Wendell Dabney would learn about entrepreneurialism early from his father, who used his skill as a cook to start a successful catering business.

Dabney was a good student who loved to read. He was also a hard worker, selling newspapers and helping his father during the summer months. The boy loved music and was a talented guitar player.

His first charge for equal rights began in high school when, in 1883, he led a protest against a segregated graduation, resulting in the first integrated graduation ceremony in the history of Richmond High School. Dabney had three career choices in mind: lawyer, doctor or musician. "Law for money, medicine to benefit humanity and music for pleasure," he said.

After finishing high school, Dabney attended Oberlin College in Ohio, where he was one of only 15 Blacks in the student body. He expanded his musical talents to include banjo, violin and mandolin and became the first violinist at the Oberlin Opera House. Dabney left after a year to return home and help support his family and would hold several jobs back in Virginia, including working as a waiter, which he hated because of the way he was treated by whites. He also became a music teacher before moving to Boston in 1890 to start a music studio for amateur and professional musicians.

In 1894, it was back to Ohio, this time to Cincinnati to manage the Dumas Hotel, a property his mother had inherited from an aunt. The hotel was built in the early 1840s and was the only Black-owned hotel in the state. It had also served as a stop on the Underground Railroad.

Dabney met and married Nellie Foster Jackson, a widow with two sons whom he adopted. He kept his hands in his music and made extra money by teaching rich, white students. He also wrote songs. But in 1895, he gave up his music career to become Cincinnati's first Black license clerk. From 1898 to 1923, he worked in the Cincinnati Department of Treasury as an assistant and then as paymaster, making him one the most powerful Blacks in the city. He was saving his money and preparing for his next venture--his own newspaper.

Dabney knew how important it was to address the needs of the Black community in the press. His first paper was called the Ohio Enterprise. On Feb. 13, 1907, he launched the Union. Its motto was: "For no people can become great without being united, for in union there is strength." For the next 45 years, the Union would be the strongest and most influential voice for Cincinnati's Black community, shaping the political and social scene and enjoying the longest run of any Black edited or published newspaper in the city at that time.