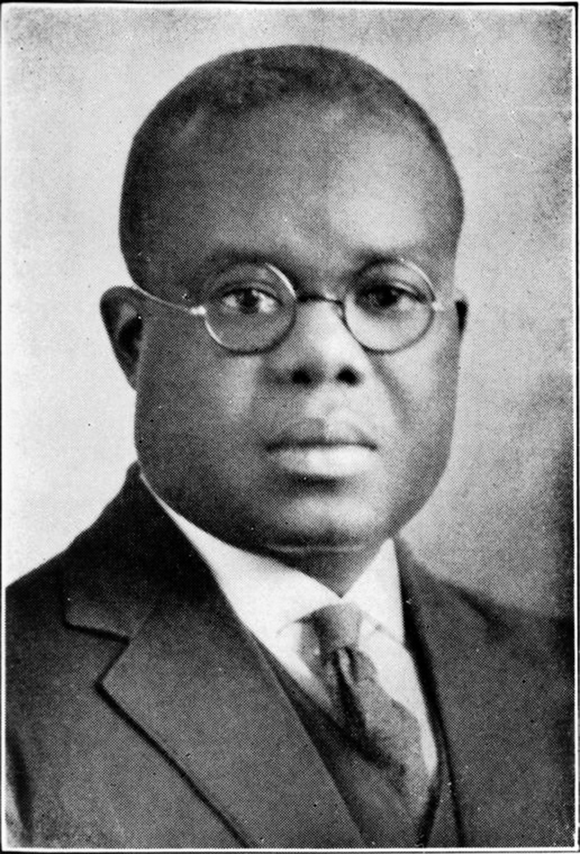 Dec. 17 was the anniversary of the death of Hubert Harrison. He died in 1927 at age 44. Harrison is one of the truly important figures of early 20th century America. A brilliant writer, orator, educator, critic and political activist, he was described by historian Joel A. Rogers in “World’s Great Men of Color” as “the foremost Afro-American intellect of his time.” Labor and civil rights leader A. Philip Randolph described Harrison as “the father of Harlem radicalism.” Harrison’s friend and pallbearer, Arthur Schomburg, fully aware of Harrison’s popularity, eulogized to the thousands attending Harrison’s Harlem funeral that he was also “ahead of his time.”

Born in St. Croix, Danish West Indies, in 1883 to a Bajan mother and a Crucian father, Harrison arrived in New York as a 17-year-old orphan in 1900. He made his mark in the United States by struggling against class and racial oppression, by helping to create a remarkably rich and vibrant intellectual life among African-Americans and by working for the enlightened development of the lives of the “common people.” He consistently emphasized the need for working-class people to develop class consciousness; for “Negroes” to develop race consciousness, self-reliance and self-respect; and for all those he reached to challenge white supremacy and develop modern, scientific, critical and independent thought as a means to liberation.

A self-described “radical internationalist,” Harrison was extremely well-versed in history and events in Africa, Asia, the Mideast, the Americas and Europe. More than any other political leader of his era, he combined class consciousness and anti-white supremacist race consciousness in a coherent political radicalism. He opposed capitalism and maintained that white supremacy was central to capitalist rule in the United States. He said, “Politically, the Negro is the touchstone of the modern democratic idea.” He emphasized, “As long as the color line exists, all the perfumed protestations of democracy on the part of the white race” were “downright lying.” He went on to say that “the cant of ‘democracy’” was “intended as dust in the eyes of white voters,” and that true democracy and equality for “Negroes” implied “a revolution … startling even to think of.

”  Working from this theoretical framework, he was active with a wide variety of movements and organizations and played significant roles in the development of what were, up to that time, the largest class radical movement (socialism) and the largest race radical movement (the “New Negro”/Garvey movement) in U.S. history. His ideas on the centrality of the struggle against white supremacy anticipated the profound transformative power of the civil rights and Black liberation struggles of the 1960s, and his thoughts on democracy in America offer penetrating insights on the limitations and potential of America in the 21st century.

Harrison served as the foremost Black organizer, agitator and theoretician in the Socialist Party of New York during its 1912 heyday; he founded the first organization (the Liberty League) and the first newspaper (The Voice) of the militant, World War I-era New Negro movement; he served as the editor of the Negro World; and he was the principal radical influence on the Garvey movement during its radical high point in 1920.

His views on race and class profoundly influenced a generation of New Negro militants, including the class radical Randolph and the race radical Marcus Garvey. Considered more race-conscious than Randolph and more class-conscious than Garvey, Harrison is a key ideological link between the two great trends of the Black liberation movement—the labor and civil rights trend associated with Martin Luther King Jr. and the race and nationalist trend associated with Malcolm X. (Randolph and Garvey were, respectively, the direct links to King, who marched on Washington with Randolph at his side, and to Malcolm, whose parents were involved with the Garvey movement, speaking militantly and proudly on street corners in Harlem.)

Harrison was not only a political radical, however. Rogers described him as an “intellectual giant and freelance educator” whose contributions were wide-ranging, innovative and influential. He was an immensely skilled and popular orator and educator who spoke and/or read six languages; a highly praised journalist, critic and book reviewer (reportedly the first regular Black book reviewer in history); a pioneer Black activist in the free thought and birth control movements; a bibliophile, library builder and popularizer who helped develop the 135th Street Public Library into what became known as the internationally famous Schomburg Center for Research in Black Culture; and a pioneer Black lecturer for the New York City Board of Education (and one of its foremost orators).

His biography offers profound insights on race, class, religion, immigration, war, democracy and social change in America.  For information on his biography and for writings by and about Harrison  visit jeffreybperry.net.