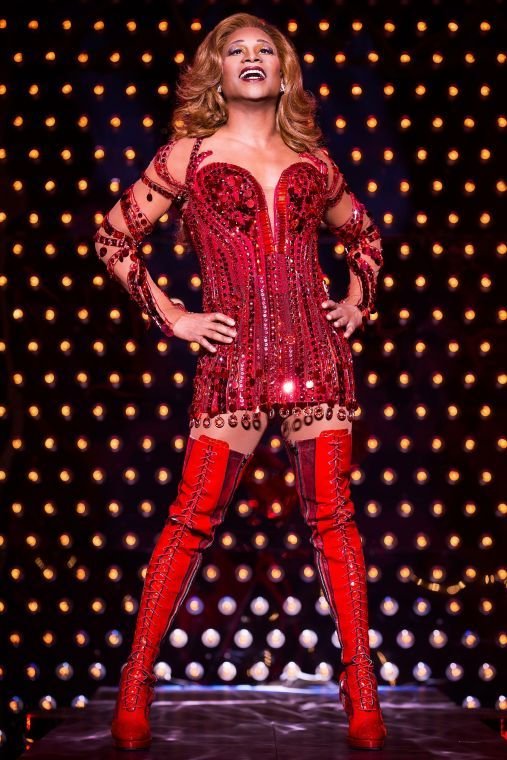 Every year, I wait with bated breath to learn of the nominees for the Tony Awards, the awards that recognize excellence on Broadway. And of course, I'm looking closely to see which African-Americans are up for the award.

This year, the American Theatre Wing's 67th annual Antoinette "Tony" Awards have nominated quite a few African-Americans who've strut their talents on Broadway. The revival play "The Trip to Bountiful," playing at the Stephen Sondheim Theatre (124 W. 43rd St.), is up for best revival, but it is also being acknowledged for the work of two of its actresses. Cicely Tyson is nominated for Best Performance by an Actress in a Leading Role in a Play and Condola Rashad is up for Best Performance by an Actress in a Featured Role in a Play.

Playing at the Broadhurst Theatre (235 W. 44th St.), "Lucky Guy," a brilliant and funny play, was the vehicle by which actor Courtney B. Vance was nominated in the category of Best Performance by an Actor in a Featured Role. The play also garnered a nomination for Best Direction of a Play for George C. Wolfe. These nominations are quite deserved. Vance is amazing in this production, and the overall production is phenomenal. Wolfe does an exceptional job of getting this cast to deliver a very entertaining and cohesive performance.

Berry Gordy penned a musical to tell his story called "Motown: The Musical," which is playing at the Lunt-Fontanne Theatre at Broadway and 46th Street. Valisia LeKae, who portrays Diana Ross, is nominated for a Tony in the Best Performance by an Actress in a Leading Role in a Musical category and Charl Brown, who portrays Smokey Robinson, is nominated for Best Performance by an Actor in a Featured Role in a Musical.

"Kinky Boots" playing at the Al Hirschfeld Theatre (302 W. 45th St.), leads the Tony nominations with 13 nominations, including Best Musical. What's wonderful for me is that Billy Porter--who plays the lead role of Lola, a drag queen--is nominated for Best Performance by an Actor in a Leading Role in a Musical.

"Pippin" is nominated in 10 categories, including Best Revival of a Musical. It is playing at the Music Box Theatre (239 W. 45th St.). I'm excited at the fact that Patina Miller, who everyone remembers for her lead role in "Sister Act" on Broadway, is nominated in the category of Best Performance by an Actress in a Leading Role in a Musical.

The Tony Awards will be broadcast live on Sunday, June 9, at Radio City Music Hall from 8 p.m.-11 p.m. Please put that date down because the Tony Awards is a perfect opportunity to get a taste of the fantastic shows currently on Broadway. It always proves to be an evening to remember.