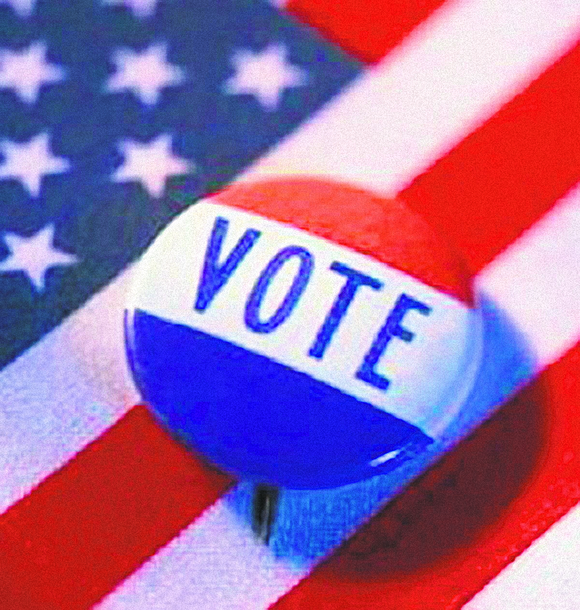 This morning I encountered four alarming requests when I went to vote at Samuel Community Center on Malcolm X Blvd. near my apartment in Harlem.

Each of these is illegal in New York State and raised worries at the Amsterdam News, where I work, that voter suppression or misinformation might be happening at other locations, un-reported or maybe unknown, during todays election.

“Oh, wow” was the Board of Election’s phone attendants response when I told her what had happened.

“Wait a minute. They told you what? Where is this? this is in Manhattan?” Said Valerie Vazquez, Director of Communications at Board of Elections in the City of New York, this morning. She immediately sent “a team” over to investigate. I also went back to Samuel for some clarification and spoke to Anthony Walker, an Assembly District Monitor.

Here is what happened:

This morning when I went to vote I walked in and headed to the first table where I saw people signing-in. I gave my name. “Your name is not on the list.” I hesitated for a few moments knowing I was registered. It's a good thing I didn't walk away. “It may be on the other list,” she said, after a moment of me standing there, and pointed to another table.

The NAACP reported that at one polling location on Adam Clayton Powell this morning a member of the orginzation couldn't vote at all because they were having a hard time finding people’s names at all on the registration forms. “Again that is because a lot of people don't want to do that work. It's a long day for what they get paid,” said Hazel Dukes, President of the NAACP New York State Conference.

I waited on line at that table, labeled with my district, and then gave them my name. The poll worker, Monet Adams, looked me up, I could see my signature on the page. “Do you have ID?” she asked. “Yes," I hesitated again, fairly sure that in New York State I did not need to show ID in order to vote. As I pulled my ID out of my wallet, another poll worker wearing a blue shirt looks over.

"why are you asking for ID?"

"No it's not, your not supposed to ask for it."

I quickly pulled my ID away stuffing it back into my wallet.

“A voter does not need any identification or ID card to vote,” reads the first point on voters rights in the poll worker reference guide on the Board of Elections in the City of New York website. The poll workers at Samuel later told Board of election officials that they didn't ask you for ID that I had presented it.

But, after explaining that some voters are required to show ID, if there is a discrepancy in their registration address, I had a poll worker verify that this was not the case with me. “New York is a signature state so we are not allowed to ask you for ID. So again we apologize” said Walker.

Adams filled out my voting card. I signed my name under my printed signature. I received a folder and my ballot.

"Do you know what to do?" said the woman who had rescued me from showing ID.

"You can only vote in one line," she says pointing to the columns of candidates organized by party. A line (column) for democrats, a line for republicans, a line for the working families party and so on. Again I was confused, sure you can vote for any candidate, in any party, regardless of your party affiliation during a general election.

“you are not obligated to vote for your party's candidate in the general election. In November, you may vote for any candidate from any party,” reads the Board of Elections frequently asked question page.

Manhattan Democratic Commissioner, Gregory Soumas, went up to investigate this claim and thought this mistake was more of a misunderstanding versus any nefarious intent. Commenting on his behalf, Vazques said, "The person didnt communicate properly. What they were trying to tell you is that you have to vote one per contest and saying down the column was wrong, obviously."

The poll worker in blue then flips the ballot over to reveal 6 ballot proposals. "You only need to vote on numbers 2,3 and 6," she said. Or maybe she said 1,2 and 6. "I hope you remember which ones I said" she calls out to the last voter to be told the ballot measure numbers. "The others don't apply," she said pointing back to my ballot.

I was directed to a booth to fill out my ballot. I voted for the candidates I wanted to be elected, regardless of party line and filled out all six ballot proposals. But I must admit I hesitated. Staring at the page I worried my vote would be invalidated if I didn't listen to the clearly illegal directions I had been given.

"What's your voter number" called the polling officer in the blue shirt " it needs to be on your ballot." Fed up and knowing my voter number should definitely not be on my ballot I read the number off my voter ID card and just went to scan my ballot. If my number were on my actual ballot my vote could be traced back to me and anonymous voting is an important aspect of American democracy.

Kentucky was the last state in the U.S. to instate secret ballots in 1891

The NAACP also sent a team up to the Samuel, as well as a couple other locations across the city, to monitor the situation.

By the end of the day Vazques said, "this is something that we addressed with the poll workers. We immediately dispatched a team. Even our commissioner wanted to make sure the poll workers were properly trained, to see if there was any nefarious intent. And it was more of a procedural misunderstanding."