Breakthrough hosts sold-out crowd for Dudes Against Violence Against Women 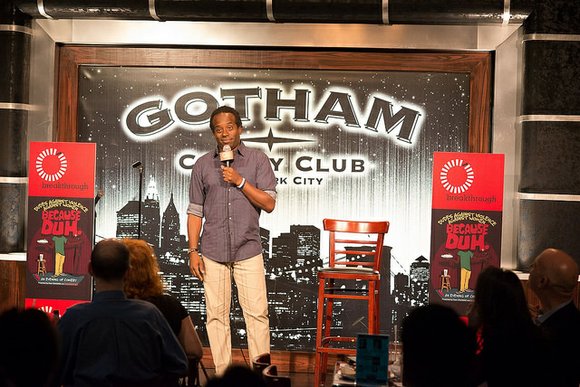 The global human rights organization Breakthrough drew a sold-out crowd to Gotham Comedy Club Tuesday night for “Dudes Against Violence Against Women: The show was hosted by nationally-known comedian Dean Obeidallah, who originated the idea to bring male comics together for the cause.

“I just feel like we’ve got to do something and I thought this would be a way of using my abilities to try to bring attention to an issue that really should be talked about in a way that doesn’t make men defensive,” said Obeidallah.

Mallika Dutt, President and CEO of Breakthrough, added that the event was aimed at starting a conversation on the way women and girls are treated.

"When you get somebody like Dean saying 'I’m getting my bros together to say we’re doing something about violence against women, because it’s a men’s problem,' he starts a chain reaction,” he said.

Breakthrough is a global human rights organization working to make violence and discrimination against women and girls unacceptable.