Ramarley Graham case against NYC and the NYPD opens 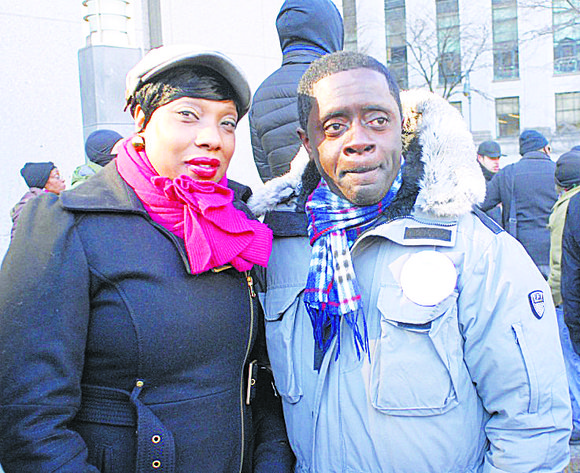 There might be a ray of hope for the family of Ramarley Graham, as Judge P. Kevin Castel opened a federal civil lawsuit case against the city of New York, former Police Commissioner Ray Kelly and NYPD officers, including Graham’s shooter, Officer Richard Haste, on Jan. 7. The case focuses on charges of Graham’s wrongful death, assault, battery civil rights violations and negligence.

The packed court hearing at the Manhattan federal court included family members and people from the religious community and local grassroots organizations. It lasted for less than 30 minutes.

Lawyers representing Graham’s family, the city and Haste reviewed a number of dates for the case. Castel asked the defense and prosecution for their take on having a private mediator. All parties agreed to make this decision by Jan. 14.

Also on Tuesday, another lawsuit that was filed by apartment owner Paulet Minzie was cleared for a court hearing. Minzie is suing the city because officers entered the apartment without having a warrant, their failure to intercede and for trespassing. The next court hearing for both lawsuits is scheduled for Aug. 1.

Graham, an unarmed teen, was chased by Haste from the streets into his grandmother’s bathroom, where Graham was killed in February 2012. According to the police officer’s account, Graham was “acting suspicious” when the encounter occurred. Police reports also said Graham tried to flush a small bag of marijuana down the toilet. Graham’s grandmother and 7-year-old brother were both said to be home at that time when he was killed. According to Haste, Graham had a gun, but no weapon was found. Graham was shot in the chest and later died at the hospital.

State Supreme Court Judge Steven Barrett dismissed the manslaughter charges against Haste on a technicality in May 2013, ruling that the prosecution had not given proper instructions to the grand jury. Bronx District Attorney Robert Johnson brought the case before a second grand jury on Aug. 7. The jury decided not to indict Haste. The not guilty verdict further prompted the family to continue fight for justice, leading them to ask the federal government to intervene.

The next court hearing for both lawsuits—filed by Graham’s family and Minzie—is Aug. 1, said Castel. The lawyer representing Haste said there is a pending NYPD Internal Affairs Bureau review of the shooting, which could determine whether the city will represent Haste.

Malcolm said a memorial service for her son is slated to be held on Feb. 1.