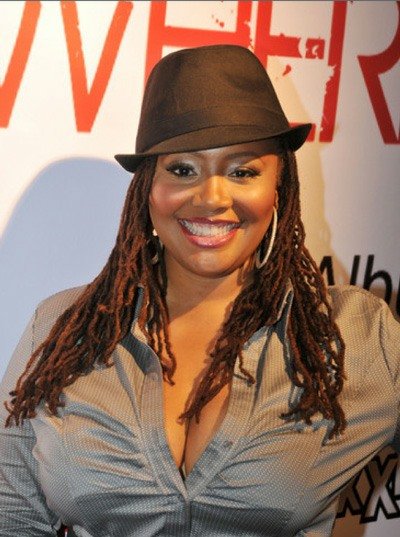 One week after winning her first Grammy for Best R&B Performance, Lalah Hathaway will share some of that effusive joy with the Harlem community on Friday, Jan. 31at the Apollo Theater. Hathaway’s “Something” was recorded with Snarky Puppy, a jazz collaborative, and she will be surrounded by a similar prominence at the Apollo with the other fabulous “Our Ladies of Song,” four-time Grammy winner Regina Belle and legendary songstress and composer Valerie Simpson.

The old expression about the fruit not falling far from the tree has a soulful meaning when applied to Hathaway, whose father was the immortal Donny Hathaway. The melisma quality she possesses and her way of squeezing the essence from a lyric is “Something” her fans deeply relish and anticipate.

If you think Hathaway was stunning last Sunday in Los Angeles at the Staples Center, imagine her magnificent voice on the stage at the Apollo, especially with such incomparable jazz notables such as Alex Bugnon, Lenny White and Victor Bailey providing the backbeat and harmonic textures.

During the red-carpet interview prior to the Grammys, Hathaway exuded a calm but confident demeanor, and she displayed similar aplomb upon accepting her award. The audience at the Apollo, energized by a super bash as a run-up to Super Bowl XLVIII, is sure to give her the kind of warm reception that will inspire from her yet another unforgettable performance. This is “Something” you don’t want to miss—a moment to keep long after the battle on the gridiron is over and long after the sundry other parties that will pale in comparison.

And nothing will complement her golden Grammy better than Hathaway commanding the Apollo stage with Madame Belle and Lady Simpson. In addition to “Our Ladies of Song,” and in keeping with the event’s blend of style and substance with Super Bowl Week and Black History Month, there will be the big band arrangements of the Manhattan School of Music Swing Jazz Orchestra showcasing Cecil Bridgewater and Arturo O’Farrill, two National Endowment of the Arts Jazz Masters.

Feb. 2 may be the big day for football fans , but Jan. 31, “Friday Night in Harlem: Let the Music Say Amen,” will be a spectacular moment of celebration for music lovers. Complementing the jazz menu are the gospel-inspired voices of the First Corinthian Baptist Church Mass Choir and the contemporary sounds of the Grammy- and Oscar-nominated Impact Repertory Theater in a special musical salute to Nelson Mandela. The renowned pianist and composer Jonathan Batiste of New Orleans will perform and receive the prestigious Louis “Satchmo” Armstrong Legacy Award, and that makes sense because they both took a similar blues route to Harlem.

“This is more than just another concert,” said Lloyd Williams, president of the Greater Harlem Chamber of Commerce which shares sponsoring honors with the Amsterdam News and the WLIB. “The show at the warm and commodious Apollo will surpass all the other events, and with Regina, Valerie and Lalah at the center with their glorious voices, it will be ‘Something’ else.”