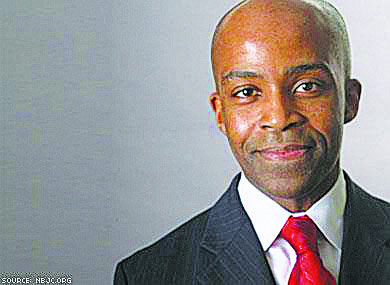 Alphonso David, deputy secretary for civil rights in New York, found himself surrounded by politics at a young age. He was born in Silver Springs, Md., in 1970, and his family moved to Monrovia, Liberia, when he was only a 1-year-old.

“My father ran for office and became the mayor in 1977,” David told the AmNews.

At the time, David’s great-uncle William Tolbert was Liberia’s president, and his mother worked in the country’s Department of Finance, but that would all change when David turned 10.

“In 1980, there was a military coup,” David told the AmNews, “and my father was incarcerated for about 18 months because he was mayor of the city. My uncle was assassinated. We lived under house arrest for 18 months and stayed in Liberia for two to three years after the war.”

Once his father was released from prison, he immediately sought political asylum in the United States. Because David was technically an American citizen due to his birth here, asylum was granted. “My father, my other brother, my sister and me came to the U.S.,” he said. “My youngest sister and mother stayed in Liberia for another two years.

Practicing law wasn’t exactly his father’s wish. According to David, if his father had his way, he would have been a physician with an Oxford University education. But Temple University Law School called him. Still, law isn’t necessarily politics, and it took a while for David to jump over to the “dark side.”

“I avoided politics for a very long time in part because my father was a politician, and I understand the sacrifices you have to make when you are engaged in politics,” David said. “Your personal life is usually fodder for the public, so I was not really interested in getting involved in politics.”

His first job out of law school involved working as a federal clerk for Clifford Scott Green, an African-American judge who’s well known for issuing a decision finding racial discrimination in the Philadelphia Police Department. From there, David took a job at a law firm in Philadelphia engaging in civil litigation and eventually moved to California to work as corporate counsel. Having had the itch to get involved in civil rights law for most of his life, he was finally inspired by a landmark case.

“While I was in California, the Supreme Court issued their decision in Lawrence v. Texas, which was a watershed case for a lot of people in the U.S. that concluded that the Texas law criminalizing same-sex sexual activity was unconstitutional.

“I had been interested in practicing civil rights litigation for a very long time, and I decided that I didn’t have the resources,” David continued. He eventually accepted a job at Lamba Legal working on lesbian, gay, bisexual and transgender-centered cases around the country involving issues like HIV, employment and housing accommodations. “Then I joined the government in 2007 at the Division for Human Rights as a special advisor,” he said. “After about a year, I joined then Attorney General [Andrew] Cuomo and served as bureau chief for civil rights prosecuting cases all over the state. Cuomo subsequently asked me to join him when he became governor and I accepted.”

With so many young people in student loan debt caught between their desire to serve the public and their desire to pay the bills, David had some choice words for how law school promotes certain behavior and forces certain decisions.

“I went to law school to practice civil rights law,” said David. “I don’t want to criticize law schools, but I think that many lawyers will tell you that in the daily process of going through law school, the system at the time was stacked against public interest law. And in many instances, because you have significant student debt to pay, many students who are interested in practicing public interest law or civil rights law simply don’t have the resources to do so. I was one of those students.”

David told the AmNews that he graduated with “substantial debt” from law school and undergrad, so he chose to go into private practice. However, he doesn’t regret his decision because it helped him understand his gigs since.

“Private practice provided a framework for very effective lawyering, so I appreciate my experience in the private sector,” said David. So what does he suggest for young people who find themselves in similar situations?

“What I would suggest—and this is not a formula that would equally apply to everyone—I would advise any student graduating law school with limited resources to explore a number of grant programs and loan forgiveness programs that didn’t exist in the past,” David said. “I would suggest entering the private secto, but engaging heavily in pro bono work. I spent a lot of time giving back. I spent a fair amount of time working with Women Against Violence, helping victims of domestic violence get orders of protection.”

No matter where David landed, politics found him. And it’s a marriage that might last.