The persistent playwright of ‘HAIR’itage’ 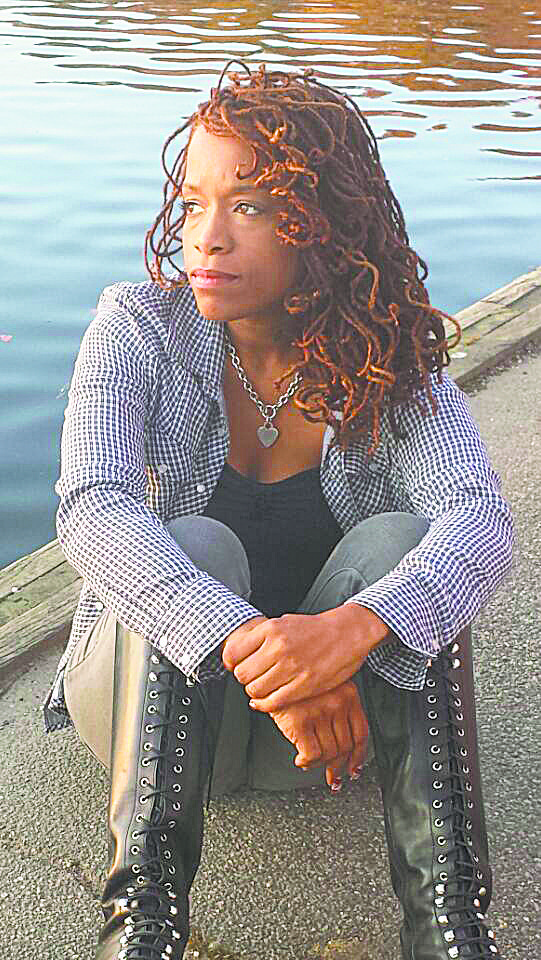 Niccole Nero Gaines is persistent, a character trait which, in my experience, is necessary for success in the theater world.

Her drive reminded me of a young John Leguizamo, who mounted “Mambo Mouth,” his award-winning one-man show, while “couch surfing” (aka being homeless and broke).

Due to the MTA, I missed Gaines’ latest play, “HAIR’itage,” but over that weekend, I viewed the recorded dress rehearsal and read her play.

Many people forget that Tyler Perry’s media empire began as a series of plays that weren’t well-received by critics. He understood his audience, and that audience understood and valued him. I think Gaines, with the right finessing and a strong theater artistic director, will quickly find and keep her audience.

Her other playwriting credits include “From the Heart of Hollis” and “Last Dance.” Gaines received her bachelor’s degree in theater arts from Morgan State University in 1993.

Here’s what she has to say about hair, being a woman of color and learning to love yourself, one strand of hair at a time.

AmNews: Women of color spend big cash and devote much time on hair. What is your feeling as to the ‘why’ of it?

Gaines: Women of color spend a lot of time, money and energy on their hair to be accepted in a particular segment of society. Many times, a woman’s self-esteem is directly linked to how she feels about her hair. Hair is one of the easiest things a woman can change about her appearance. With the innovation of weaves, a woman can wear her hair any way she chooses on any particular day. Many women treat hair as an accessory to an outfit.

What is “nappy” to you? Is that a word you use or hate?

To me, nappy is strong, thick hair. I don’t necessarily use the word often, but I don’t mind others using it. It gives me the opportunity to question them on their meaning and give my insight into what nappy really is. A woman of color has been made to feel ashamed of nappy hair, but the strongest hair is the kind that can take the most “abuse”—i.e. chemicals, heat, combing—and still stay on one’s head. I would be happy to have nappy hair.

What are your first humorous memories around hair?

I remember as a little girl crying and begging, absolutely begging my mother to let me get a relaxer, as she had let my older sister. She tried explaining to me that my hair wasn’t as thick as my sister’s and a perm wouldn’t be good for my texture. But I persisted, and eventually, she relented. I will never forget the beautician washing out the perm, and while my hair was straight, it felt very thin, and I burst into tears thinking she had washed half my hair out with the chemicals. At the time I didn’t think it was funny, but reflecting back, I think it’s hysterical.

When did you attempt your own emancipation?

As a senior in high school when I was accepted to an HBCU [historically Black college or university], I decided to reinvent myself and no longer get relaxers in my hair. I wanted my outside to reflect my more natural tendencies. And quite honestly, I was tired of the upkeep.

Final question: What’s next for your play?

The play will be kicking off a national tour in early 2014. We have shows being cosponsored by women organizations such as Delta Sigma Theta Sorority Inc., of which I am a proud member.