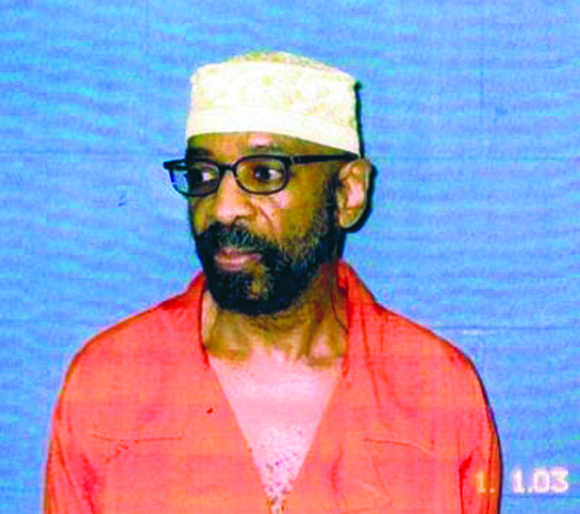 There is rarely good news from our so-called criminal justice system and those confined behind bars, but the announcement that political prisoner Russell Maroon Shoatz was released to the general population after 22 years in solitary confinement brought at least a measure of cheer.

“His release from solitary is a tremendous victory—the fruit of an unwavering struggle by his children and the growing movement to free him,” said professor Johanna Fernandez, a member of the Campaign to Bring Mumia Home and Educators for Mumia Abu-Jamal. “This is a concrete example that if we fight and strategize, we can win!”

Similar expressions of jubilation came from Shoatz’s son, Russell Shoatz III. “We are very excited that this day has finally come,” he said. “My father being released from solitary confinement is proof of the power of the people organizing against injustice and the importance of building strong coalitions.”

During his last nine months in prison, Shoatz, who celebrated his 70th birthday last August, has been transferred to three different prisons in Pennsylvania, including the most current one, the State Correctional Institution in Graterford. Not since 1983 had Shoatz been in the general population, though for a brief period from 1989-1991, he was in the general population at the federal penitentiary in Leavenworth, Kan.

“Russell is one of over 100 political prisoners in the United States,” Fernandez explained. “Civil rights and Black Power activists such as Maroon and so many others were incarcerated in the 1970s to undermine the growing influence of their revolutionary ideas in defense of social and economic equality. The state targeted and framed them with the politics of ‘law and order.’ Later, these policies evolved into the ‘war on drugs,’ which is largely responsible for the current crisis of mass incarceration.”

Last year, Shoatz brought a lawsuit on the grounds that he has been subjected to cruel and unusual punishment, which is a clear violation of the Eighth Amendment. He charged that prison officials consistently deprived him of his procedural and substantive due process rights by keeping him in solitary confinement without meaningful review and on insufficient grounds.

That this plea was finally heard is a testament to his legal team and the thousands who have demonstrated over the years for his release from solitary confinement.

The younger Shoatz said, “I especially want to thank all of those who have supported the collective struggle to end my father’s solitary confinement, including my siblings and members of the Shoatz family, the Human Rights Coalition, Abolitionist Law Center, Scientific Soul Sessions, the entire legal team, U.N. Special Rapporteur Juan Mendez, the five Nobel Peace Laureates, the National Lawyers Guild, the Center for Constitutional Rights, along with the dozens of other organizations and thousands of individuals who have participated in this effort.”