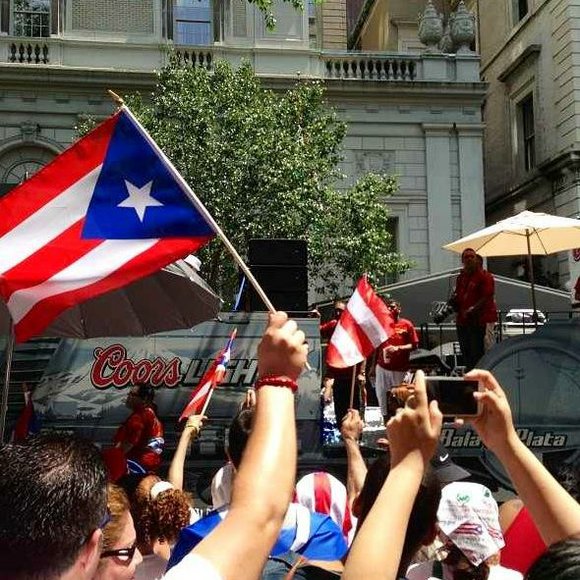 The court-ordered resignations of several officials came after an 8-month state investigation into the misappropriation of funds by the National Puerto Rican Day Parade Inc., the nonprofit that organizes the parade.

Former marketing and fundraising manager, Carlos Velasquez, was found guilty of using airline vouchers and $1 million of donated funds from parade sponsors for his own benefit.

NYS Attorney General Eric Schneiderman, ordered the replacements of Velazquez and other board members involved. The parade board’s new chair is a former New York State Secretary of State, Lorraine Cortés-Vázquez, who currently serves as an executive with the AARP.

Amidst this controversial change in leadership, a few months before the parade, NY1 News Political Commentator Gerson Borrero, is responsible for much of the skepticism about whether or not the parade will take place due to a variety of other reasons.

The National Institute for Latino Policy (NiLP), revealed that Borrero went on a radio station in Puerto Rico on March 11 to talk about developments with the parade, questioning whether the new board was ready to lead the parade this year, especially after several additional board members who Schneiderman allowed to remain, resigned on their own.

In addition to this, Borrero revealed in a March 10, NY1 video segment “Para Que Los Sega” (For the Record) that he doubts the parade will be held for a host of reasons.

The parade reportedly has no money in the bank, its official website www.nationalpuertoricandayparade.org is down, the new parade board has not communicated any developments or progress to the public, they have not notified nearly 150 community groups that march in the parade about registration or fees and they have yet to hire a business agent to handle sponsors or fundraising.

Additionally, the NiLP says a press conference for the parade in Puerto Rico that was to take place on March 13 was cancelled. This is reportedly a major inconvenience because parade participants from the island, including mayors and other officials have to begin applying for travel and other expenses.

Puerto Ricans in the Bronx express hope that all issues will be resolved in time for the yearly cultural celebration in June, and intend to remind the parade’s new board that they are watching closely to prevent further scandal.

Boricuas For A Positive Image, a Puerto Rican advocacy group, staged a protest outside of the National Puerto Rican Day Parade’s Bronx headquarters in February to demand the board reveal financial records.

“We want to keep this new board on a short leash,” said Lucky Rivera to the New York Post.

The NiLP is requesting that anyone with additional information about the parade’s developments, positive or negative, contact them at info@latinopolicy.org, confidentially if preferred.