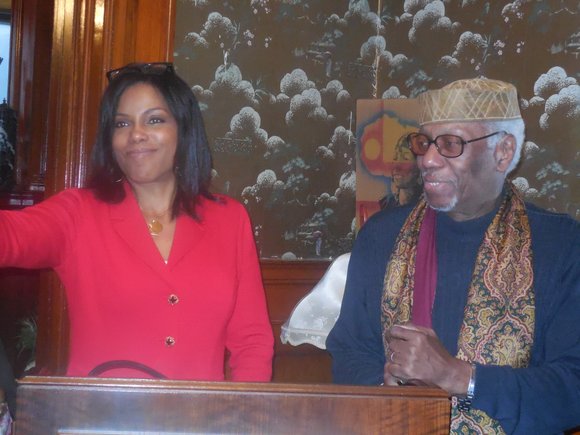 Just as the Chicago-based publisher, Third World Press, was preparing to put “The Diary of Malcolm X: 1964” in stores last November, lawyers representing some of Malcolm X’s and Dr. Betty Shabazz’s daughters obtained a court-mandated restraining order, halting its sale. That hurdle was eventually cleared, and the book was released to the public this August.

“This particular book,‘The Diary of Malcolm X,’ which he compiled over two trips to Africa and the Middle East, will add to the literary cannon,” suggested its editor, Herb Boyd, in the literary works’ promotional trailer.

Malcolm X’s personal diary, along with some of his other valuables, were confiscated in 1999 from a Casselberry, Fla. storage locker after one of his daughters’ became delinquent with the storage fees. Later that year, the items were salvaged from a San Francisco auction house, where the diary was expected to fetch as much as $50,000.

Attorneys representing the fiery orator’s family intervened and got his personal journal placed in their possession in 2001. The priceless artifact, along with some of Malcolm X’s other documents, was on display in a glass case at Harlem’s Schomburg Center for Research in Black Culture for several years before being retrieved by the Shabazz family.

In 2012, Boyd began transcribing the actual diary from Malcolm X’s personal handwritten accounts of his experiences during the last year of his physical life.

“It’s really beautiful that we get to see Malcolm in his own voice, without scholars, historians or observers saying what he was thinking, or what he was doing, or what he meant,” said Malcolm X’s daughter, Ilyasah Shabazz, who is also credited as one of the book’s editors.

This historic document gives readers an opportunity to delve into an in-depth account of the rapidly evolving final year of the human rights activists’ life, from his own uncensored pen. It details a period that encompasses much spiritual growth and development, covering from shortly after his March 1964 official departure from the Nation of Islam to his travels abroad throughout the next few months.

“For those months that he was there, he did not miss a day in recording the events of the day,” explained Boyd. “To one extent, the diary is kind of a datebook. ‘Where did I go? Who did I talk to?’ This is a part of Malcolm’s historical record.”

Some scholars consider it “a document of incalculable historical importance.”

“The diary humanizes him in a way that some of these other scholars set out to do,” concluded Boyd. “This is Malcolm uninterrupted, without any kind of intervention or interference.”