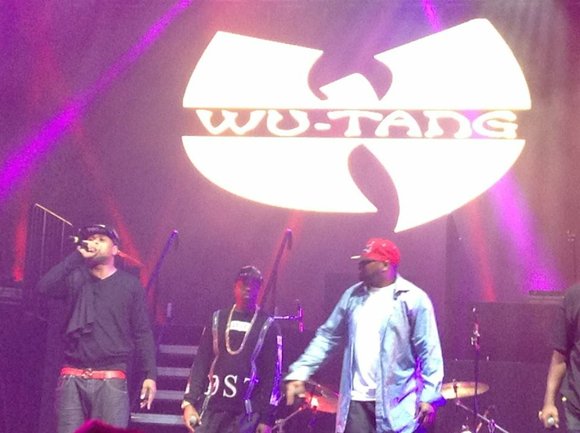 Over the weekend, a myriad of hip-hop 2.0 events had Source magazine Publisher L. Londell McMillan feeling that there is a brand-new outlook for the much-maligned genre.

With his native Brooklyn as the base, the former Marcy Projects resident turned big-time entertainment attorney and magazine magnate launched the first annual SOURCE360. It was a fast-paced three-day expo, with panels tackling poignant social issues and the power and potential of hip-hop to make a positive contribution and change. The event showcased international hip-hop and the unsigned artists who presented almost 30 powerful candidates, including Narubi Selah, and ultimately brought out winner Denzil Porter. Aside from the mega-concert at Barclays Center, which saw the official return of a reunited Wu-Tang Clan, there were events encompassing art, music, fashion, film, sports, dance, digital media and gaming. 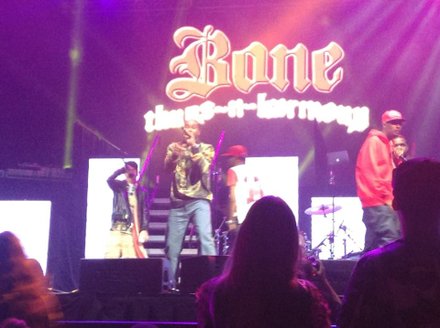 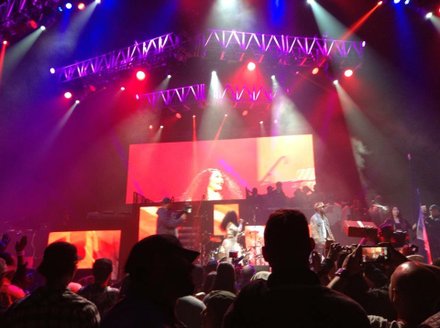 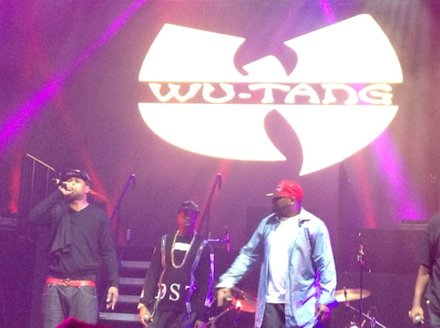 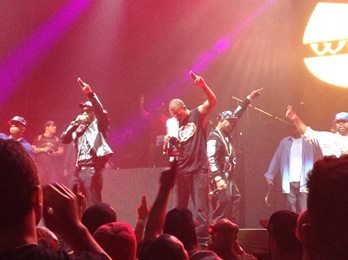 From BRIC to BAM to LIU, Downtown Brooklyn was unmistakeably Hip-Hop Central. The mission of SOURCE360 was to “showcase the seven pillars of hip-hop,” said McMillan, founder of SOURCE360. “It is a very innovative culture. We want to infuse a positive element into it and give it broader dimensions. We want to surround it with beauty, art, film, technology, fashion and, most importantly, community.”

The Saturday night show at Barclays Center produced a packed house—old heads and hip-hop purists mixed with Staten Island and Long Island white folks who bounced with serious intensity next to inner-city youths who knew every lyric to every song.

McMillan said the roster at the Wu-Tang show was “real rep of hip-hop, old and new; hardcore but respectful of the culture.”

Dom Kennedy and Curren$y got the party started. Bone Thugs-N-Harmony blew the cobwebs out the rafters of memories and expectations. They were on point. Harlem’s Diplomats kept the flow heavy and dope. Brand-new mom Lil’ Kim let everyone know that she is still the Queen B. Method Man, Ghostface Killah, Raekwon, GZA, U-God, Inspectah Deck, Masta Killah, Cappadonna and RZA bounded on stage and the crowd went mad. With Papa Wu overseeing everything from backstage, they shut everything down!

Some in the audience thought an ODB hologram might appear. The show went one better, featuring Young Dirty Bastard, the rapping look-a-like son of Big Baby Jesus.

As the iconic Source celebrates its 25th anniversary, McMillan surveyed his Sunday afternoon Beauty Bar at Brooklyn’s Milk River. Hip-hop is so male-centric, he said. Why not give something to the ladies? “We are hosting these Beauty Bar makeovers all in the spirit of the effort to expand hip-hop culture. We are a beautiful people. We put out a call and an intergenerational crowd came out.”

McMillan noted, “A lot of times cats out here don’t understand their brilliance and their magnificence, not only in the world, but in their DNA. They call themselves niggers. They are not niggers, but kings and queens. I am a student of Regent Adelaide Sanford. She taught me to see my value, and I can’t see that and not see it in another brother or sister. We want to enjoy the culture but put some kind of dimension, standards and dignity around what they are doing. This is a worldwide culture, and we want the entire world to appreciate and respect the culture of hip-hop and the people who created it.”

PR uberstar Yandy Smith was swarmed by fans. “I love the Source magazine,” she told the AmNews.“That’s where hip-hop started. I have been in the music industry for over 10 years, and from the very beginning of my career, starting as an intern, the Source was THE magazine. So if I can be a part of anything they are doing, I am down. I had an activation conference that empowered women yesterday. I had a ball at the concert. I am a 100-percent supporter.”

McMillan stated, “SOURCE360 must be annual. It is a tourist attraction, it’s a cultural necessity. Far East, Africa, certainly hip from Harlem, Brooklyn and California. We just had a wonderful medley of hip-hop, with the seed of innovation, positivity and dignity.”