Mumia transferred back to prison infirmary 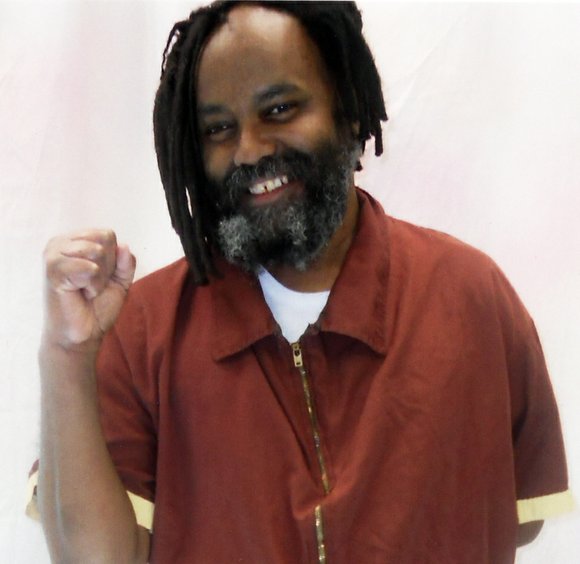 Mumia Abu-Jamal was transferred back to to the infirmary at SCI Mahanoy Wednesday night and activists are demanding that his family and attorney be allowed visitation in the prison infirmary.

Supporters rallied in Pennsylvania on Friday at the Department of Corrections and State Attorney General's office. They are asking Abu-Jamal to be allowed daily visits by family, friends and attorney, his right to choose which doctor to examine and treat him and the release of all elderly prisoners age 55 and over.

“My father is in pain,” Abu-Jamal’s son Jamal Cook related to his uncle, Keith Cook, after a brief 10-minute visit with him Wednesday at the Schuylkill Medical Center in Pottsville, Pa. “This is what Jamal told me,” Cook said. “They wouldn’t allow me or Wadiya, Mumia’s wife, to visit him.”

Cook was visiting his brother,along with other family members, including his other brother, Bill, hoping to see for himself Abu-Jamal’s condition. “Jamal said that he was having trouble breathing and wasn’t doing as well as he was yesterday,” Cook said. “Not allowing me and Wadiya to visit was clearly a change of rules.

“Mumia will probably be back in prison in a week or so, just as soon as they get his blood sugar down,” Cook continued. Abu-Jamal was rushed to the hospital Monday after experiencing diabetic shock. His blood sugar was recorded at 779 but was later reduced to the 300s.

Abu-Jamal, according to his attorney Bret Grote, had no idea he had diabetes. And Cook said there was no history of the disease in the family. “We had no indication he was diagnosed with diabetes,” Grote said, although he had some health problems recently, including eczema, a skin disorder.

Cook was still at the hospital Wednesday afternoon, when he spoke to the Amsterdam News, but said he would be returning to Philadelphia in the evening. “I spent some time with the prison’s Chaplain earlier today,” Cook said, “and he told me that in his 20 years at the prison, the Abu-Jamal family members were the first he had ever known to be allowed in the hospital. I think we were given permission because of the large contingent of people who came with us to the hospital. There was about 20 of us, plus the prison and hospital had been besieged with phone calls.”

It’s no surprise that Abu-Jamal’s condition has drawn such attention. Since his incarceration in 1982, after a conviction for the killing of Philadelphia police officer Daniel Faulkner in 1981, he has attracted an army of supporters, including a coterie of celebrities, all demanding either a fair trial or his freedom. For more than a score of years, he languished on death row before being removed three years ago. He is now serving a life sentence.

Given the new visitation rules, the family will have to work out a schedule that will allow them to see Abu-Jamal in a rotation because a family member is allowed only one visit a week. But if Cook is right, next week Abu-Jamal may be back in prison, which is about eight miles from the hospital, and miles away from freedom.