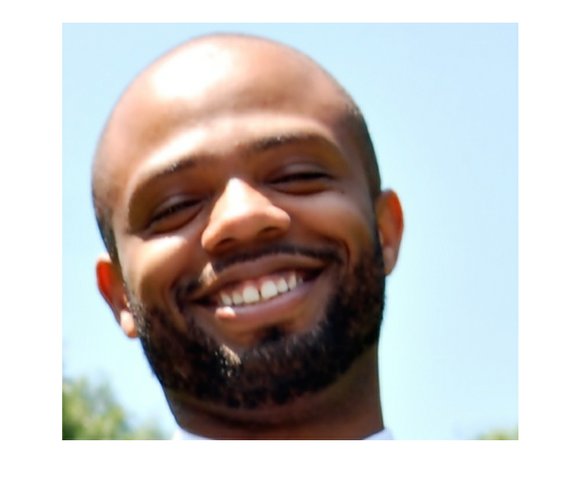 Dr. R. L’Heureux Lewis-McCoy’s daughter was born with activist blood in her veins. The precious baby girl was born to Lewis-McCoy and his wife the day a grand jury voted not to indict Darren Wilson, the police officer who shot and killed Michael Brown in Ferguson, Mo.

“My wife and I are very active when it comes to getting out into the community. But when she was six months pregnant and it was 90 degrees outside, we couldn’t do our usual passing out flyers at a parade. Now with a baby with us, we are still active, but we figure out different ways to contribute as a family,” said Lewis-McCoy.

The Connecticut native utilizes numerous avenues to fight for causes he believes in. One avenue is the classroom. Lewis-McCoy is an associate professor of sociology and Black studies at the City College of New York-CUNY.

“When I started college, I wanted to be a civil rights lawyer. Then I learned about how arduous it was to affect change in the courtroom. Law wasn’t the space for that immediate justice. I would have to argue for laws that were unjust. I stumbled upon sociology because I was interested in race, inequality and justice,” said the Morehouse and University of Michigan graduate.

Now the tenured professor flexes his academic muscles in front of classrooms of diverse and eager City College students. Lewis-McCoy has also penned articles for numerous publications, including Ebony.com, TheGrio.com and TheRoot.com. He regularly speaks around the country, and his book, “Inequality in the Promised Land: Race Resources and Suburban Schooling,” was published last year.

“The book looks at the experiences of Black families but in more suburban areas. When we think of Black education, we think about Black people in places like Harlem, East New York or other predominately Black spaces. But there are Black kids in Westchester, Scarsdale and places like that. How do they negotiate race? It may be different, but it’s not easier. There are similar and new challenges in those spaces. Black families have to be hyper-vigilant in terms of monitoring teachers, administrators and how policies are being implemented,” said Lewis-McCoy, who attended a private, predominately white school in his teen years.

Beyond being an author, professor, public speaker, husband and father, Lewis-McCoy is also the founder of the New York City chapter of the Ndugu and Nzinga community. The African rites of passage program was founded by Dr. Daniel Omotosho Black 20 years ago in Atlanta, Ga.

“My wife and I co-run the Ndugu and Nzinga rites of passage ceremony. Dr. Black introduced it to me, and that’s where my other name, Dumi, comes from. The program is all about finding purpose and building greater character. The five principles are humility, wisdom, nurturing, spirituality and forgiveness. The pre-journey is a six- to nine-month period where you learn about the principles. The journey itself is nine to 14 months. You have ‘siblings,’ sets of assignments and we emphasize growth. At the end, there is an initiation ceremony. We expect you to live your life exuding life,” said the 36-year-old Harlem resident.

Part of what drives Lewis-McCoy’s work is a strong belief in giving back, which he does in the classroom, in the rites of passage ceremonies and through his involvement with Achieving Leadership’s Purpose, a leadership development program for teens of the African Diaspora.

“I am someone who is cautiously engaged in hoping for a more just society,” said Lewis-McCoy. Visit http://professorlewismccoy.com to keep abreast of his numerous activities and appearances.