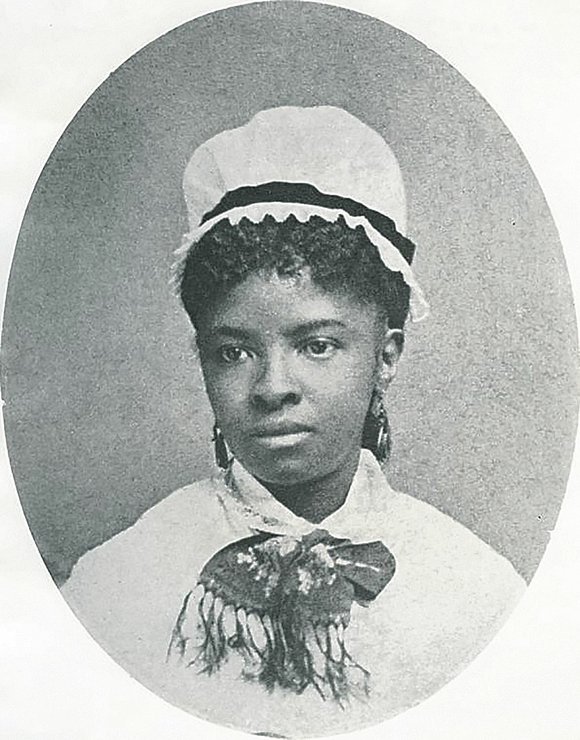 The Civil War was over by the time Mary Eliza Mahoney was accepted into nursing school, but the gallant Union fighters, particularly those wounded in battle, could have used Mahoney’s skilled professionalism and calm efficiency and caregiving that were the hallmarks of her illustrious career.

Born May 7, 1845, in Boston, Mass., Mahoney was a descendant of free Blacks from North Carolina and the oldest of three children. She attended Phillips School, one of the few integrated schools in Boston, and was a teenager when she began pursuing her dream to become a nurse. At 18, she was employed at the progressive New England Hospital for Women and Children, where she worked as a cook and a domestic servant.

In 1878, at 33, she was accepted as a student in the first professional nursing school in the country. She was among the 42 students who entered that year and was one of the four who graduated the following year. To be certified required year-long training and work in the hospital’s medical, surgical and maternity wards. There were also the lectures and tutelage from the doctors, and then an additional four month internship as a private duty nurse.

“After graduation,” according to a PBS “American Experience” profile, “Mahoney registered for work as a private duty nurse. Families that employed Mahoney praised her calm and quiet efficiency. Her professionalism helped raise the status of all nurses. At a time when nurses were often assigned domestic chores as well as nursing duties, she refused to take her meals with household staff. As her reputation spread, Mahoney received requests from patients as far away as New Jersey, Washington, D.C., and North Carolina.”

Along with her breakthrough as the first African-American professional nurse in the nation, she broke the barrier as a member of the all-white American Nurses Association. But she was virtually alone as a Black member and when the organization showed no signs of expanding its diversity, she worked as a co-founder to establish the National Association of Colored Graduate Nurses.

In 1909, about the same time that the NAACP was being formed and at the NACGN’s first ever convention, Mahoney delivered the welcome address. From this podium, she railed against the ongoing discrimination and inequality in the discipline and called for a demonstration at the New England Hospital for the admission of more African-American students. So effective was her speech that she was installed as the organization’s chaplain, and she was given a lifetime membership.

In this capacity—to say nothing of her commanding influence—she was extremely productive in recruiting more Black nurses to the organization. By 1911, she was appointed the head of the Howard Orphan Asylum for Black Children in Kings Park, Long Island—a position she held for a year. This was a home for freed colored children and the colored elderly. To a great extent, these patients were like the extended family of a woman who never married.

Women’s suffrage and women’s rights in general were also issues that received her formidable commitment and determination. When the 19th Amendment was passed in 1920, giving women the right to vote, she, at 76, was among one of the first women in Boston to register.

She contracted breast cancer in 1923 and died three years later. Her grave in the Woodlawn Cemetery in Everett, Mass., has been landmarked as a site of national pilgrimages. In 1936, the NACGN established an award in her honor, which was later extended by the ANA, to raise the status of Black nurses. In 1973, the National African-American sorority, Chi Theta Phi, erected a monument in tribute to her after restoring her gravesite.

Helen Sullivan Miller was a recipient of the Mahoney medal in 1968. From an online article by Mary Ellen Doona, we are informed of Miller’s devotion to the memory of Mahoney. “She traveled to Everett Massachusetts to visit the grave of Mary Mahoney. It took her sometime of digging and scratching away grass and plantings, but Helen Miller found the marker that designated Mahoney’s grave.”

This was apparently just the beginning of Miller’s endeavors to honor Mahoney. Later, she was instrumental in her effort to get the monument placed in tribute to her idol. “The stone was designed by another Mahoney recipient, Mable Staupers,” Doona wrote, “whose contributions to professional nursing are also significant.”

When Miller returned again to the gravesite in 1984 for more restoration work, three generations of Mahoney family members and Chi Eta Phi members and friends from across the country were in attendance. Doona, the historian of the Massachusetts Nurses Association and one of Mahoney’s biographers, was also in attendance.

“The effort for equality that Mahoney launched continued,” the PBS documentary noted. “From about 2,400 in 1910, the number of African-American women in nursing had more than doubled by 1930, four years after Mahoney’s death.”

Mahoney’s legacy lives on in so many bountiful and fulfilling ways at various institutions around the country, including the Simmons School of Nursing and Health Sciences in Boston. In one of its advertisements, Mahoney is mentioned as part of the school’s vision “in making nursing accessible to all people and creating a true profession through the use of qualified training programs.”

Those interested in a brief video presentation of Mahoney’s life can visit www.youtube.com/watch?v=_M4jaCE0LAc.