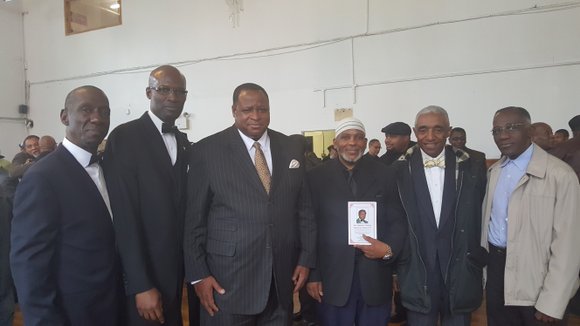 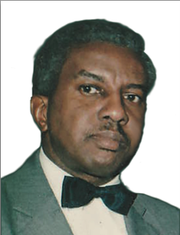 Humza al-Hafeez, born Leonard Ernest Weir on Feb. 28, 1931, and formerly known as Leonard 12X Weir, was an Islamic minister, author and social activist most notably recognized as being the first Black Muslim NYPD officer whose rise to prominence came in the late 1950s, when he founded and served as president of the National Society of Afro-American Policemen, an organization that sought to improve work conditions for Black law enforcement officers; expand employment opportunities; and strengthen relationships between the NYPD and members of the Black and Muslim communities. Over the course of al-Hafeez’s career, he received countless commendations and awards, including citations for outstanding community service.

Born in Queens, N.Y., to Asa Moss Weir, a West Indian immigrant (Jamaica, West Indies) and Rosa May Danielson of mixed Caribbean ancestry (Dominican Republic and St. Croix, Virgin Islands), young Leonard attended New York City public schools, where he demonstrated an early aptitude for history and politics. The demands of his young life forced him to quit high school in his early years of enrollment.

Yet, as a dropout, his innate proclivity for service was fueled amidst an environment that was often biased against minority youth. Even so, he wanted to make a difference. In 1957, he took the New York City Police Exam and passed. However, to qualify for appointment, a High School Diploma or General Equivalency Diploma was required. He arranged to take the GED examination, which took place in Manhattan on a Saturday at Washington Irving High School. He earned a passing score, was awarded a diploma and entered the New York Police Department in February 1959, where he sought to improve work conditions for Black uniformed officers and the community at large.

In the early 1970s, he joined the the Nation of Islam, Temple No. 7, headquartered in Harlem. In 1975, he changed his name to Humza al-Hafeez. His first book, “Some Things to Think About,” is based on his experiences coming of age during the 1940s and 1950s, his acceptance of Islam and his advocacy as a law enforcement officer in the 1970s.